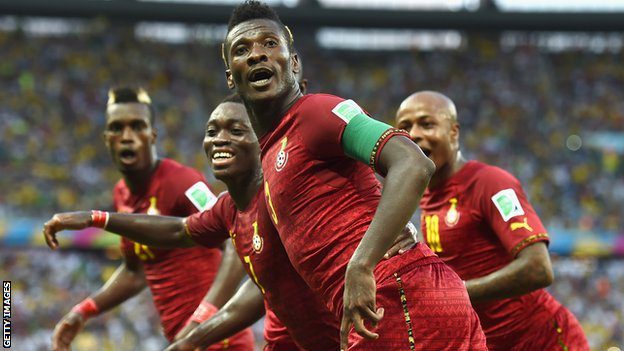 The Ghanaian authorities have received lots of flak for violating a White Paper rule which explicitly kicked against such a move following the country?s wrecked 2014 World Cup campaign in Brazil.

Ghana became a mockery in the world when its governmet flew $3m (?1.8m) in cash by plane to Brazil to pay the appearance fees owed to the national team at the World Cup.

The embarrassing episode attracted widespread condemnation and criticism, leading to a recommendation by the Justice Dzamefe Commission to shun airlifting cash to any of the national teams outside the country.

But less than six months after Ghana?s government issued a White Paper on the matter, officials flouted their own legislation by flying cash to the team in Kigali during a 2017 Africa Cup of Nations qualifier against Rwanda.

The Hollywood episode which has been revisited attracted the fury of Ghanaians but the country?s deputy sports minister Vincent Oppong Asamoah insists his government did no wrong.

?We can?t throw the Commission?s recommendation away because some of the recommendations was that we could use the Embassies,? he told Accra-based Starr FM

?We would definitely have to transfer monies to other countries (for the payment of bonuses) but the quantum may not be as high as what happened in Brazil. Because, it has always been like that $100,000 and $200,000 to enable the team to survive over there.

?How do you feed the team? They expect you to pay cash so how can you do things differently? That is the rule over there and all other countries are doing it.?

The government?s action last year generated widespread criticism both in Ghana and abroad, creating embarrassment for the government, especially at a time the country was struggling to deal with the falling Cedi and other economic challenges.

Hollywood filmmakers after hearing the intriguing story of the cash transfer declared their intentions of conceptualizing stages of a movie that will put the spot light on Ghana and how the cash transfer was done.