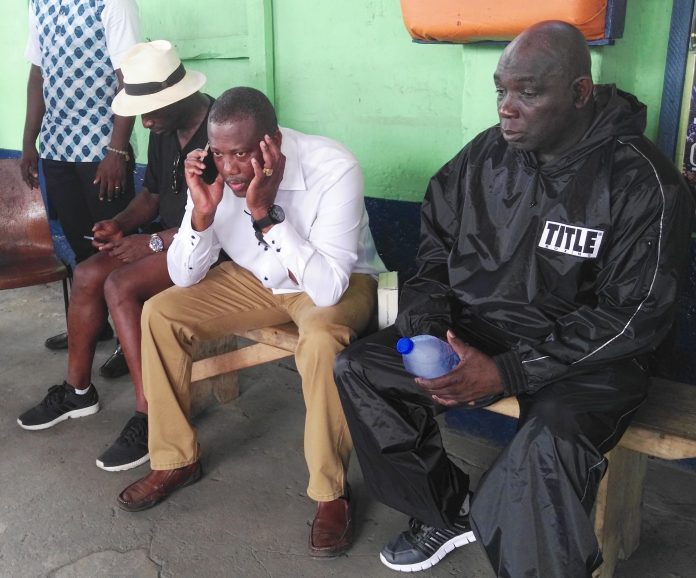 International boxing coach Kwame Asante has urged the government of Ghana to invest in boxing if it wants the game to develop and more people to gain interest and create jobs for the citizenry. 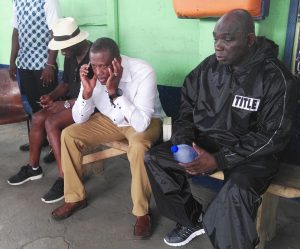 Speaking to Yours Truly in an exclusive interview at the Bronx Gym at James Town, the America based trainer said Boxing has given Ghana more honours in sports as many Ghanaian boxers have promoted the nation like D. K. Poison, Azumah Nelson, Ike Quartey, Alfred Kotey, Nana Yaw Konadu, Joshua Clottey, Joseph Agbeko, Emmanuel Tagoe and others.

He noted that Ghana always has a bright future in boxing because the people who will box are there, but they lack administration, management, equipment and sponsorship or funds.
According to coach Asante who has helped many Ghanaian boxers in the United States, it is time the government puts money into the game.

He was happy for the construction of the Bukom Boxing Arena, but prayed that the facility would be useful with the organization of more international fights.
He noted that boxers like Fred Lawson and Richard Commey have seen it all and can be better boxer if given the attention they need.

Unfortunately, he has not been following the exploits of local boxers, but believes the youth from James Town, Bukom, Ga Mashie and surrounding areas are strong, bold and not easy to beat.

Coach Asante expressed his optimism that all the Ghanaians are going to win and their victories would pave new ways and opportunities.

He commended Errol Hawk Boxing Management and Promotions for guiding Lawson and inspiring him not to look back after his first and only defeat.

Meanwhile, Lawson has ordered Ghanaian boxing fans to come and see him and know whether he has changed, improved or he is a white elephant.

Richard Oblitey Commey (24-2, 22 KOs) also returns to the ring in Ghana when he faces Belgium based Tunisian, Hedi Slimani (26-2, 14 KOs) in a WBC international lightweight championship.