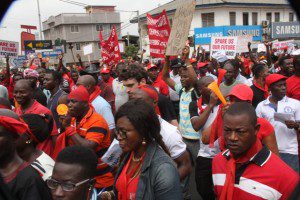 A meeting between Government and Organised Labour on Wednesday, January 11, 2023, ended inconclusively .

This is the ninth time such engagements to negotiate public service workers base pay percentage increment ended without any concrete agreement.

The meeting has been postponed to Thursday, January 12, 2023, after a decision could not be reached by the two parties after more than five hours of engagement.

Organised Labour is demanding a 50 per cent base pay increment, whereas, the Government is proposing an 18 per cent increment.

The Government was represented by the Ministry of Employment and Labour Relations, Ministry of Finance and the Fair Wages and Salaries Commission.

Single used plastics to be phased out soon – Minister