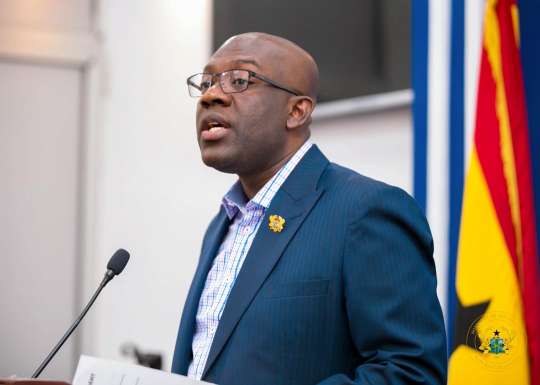 The commissioning and distribution of 307 Ambulances to all the 275 constituencies nationwide as part of efforts to improve emergency healthcare delivery in Ghana would take place on Tuesday, January 28.

Mr Kojo Oppong Nkrumah, the Information Minister, who announced this at a news conference in Accra on Sunday, said the digitised ICT system, tracking devices and labelling had been fixed on the Ambulances and ready for distribution.

The Ghana Ambulance Service has signed a five-year Service and Maintenance Agreement with the Suppliers to ensure servicing and maintenance of the Ambulances.

Mr Oppong Nkrumah said 450 Emergency Medical Technician (EMT) drivers out of the 575 who were cleared for recruitment had been trained.

The programme falls under the Ministry of Special Development Initiative christened “One Constituency, One Ambulance”.

This is in fulfilment of the government’s pre-election promise in 2016 to boost emergency healthcare delivery in the country.

Over 300 EMT Drivers and support staff and 30 Dispatchers will be posted to the 275 constituencies nationwide after the commissioning, he added.

The Ambulances were procured under the government Infrastructure for Poverty Eradication Programme (IPEP) currently being implemented by the Ministry of Special Development Initiatives.

The Minister said since the establishment of the Ghana Ambulance Service with an initial investment by the Kufuor Administration in 2004 with some 10 ambulances and seven stations, emergency healthcare has in recent years grounded to a halt leaving the ambulance service with some 55 ambulances currently functioning.

In line with pre-election commitments to improve healthcare delivery, Mr Oppong Nkrumah said the Akufo-Addo-led Administration had invested in the programme to boost and augment other efforts at improving health delivery in Ghana.

In addition to the approximately 307 ambulances, clearance has been given for 575 EMTs to be recruited out of which 450 have been recruited.

The initial deployments of EMT staff are drawn from this and previous staff. An additional 900 staff have received clearance to be recruited.

He said Tuesday’s commissioning by the President follows the completion of training of paramedics, fitting of tracking devices and receipt of the full complement of ambulances.

He said it was a requirement that the manufacturers through the Suppliers provide user training for the ambulances and medical equipment onboard as well as tracking devices installed on the ambulances.

He said training of 50 paramedic trainers drawn from across the regions had also been completed successfully, while 300 Emergency Medical Technicians Drivers drawn from all the ambulance stations had been given the necessary training.

More so, 30 Dispatchers had also benefitted from a training on the tracking devices and dispatch operations systems.

“Immediately after the commissioning by the President, the emergency vehicles would be dispatched to their respective regions before they arrive at the constituencies.

“Government expects the Ambulance Service to maintain this investment to ensure longevity.

“It is further expected that this injection will be put to good use to serve the good people of Ghana and add to ongoing efforts to secure livelihoods, “he added.