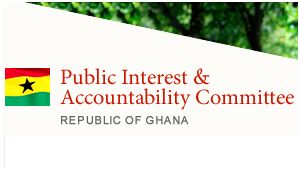 The ranking member for the comitee on transport and MP for Takoradi, Kwabena Okyere Darko is questioning the reasons why the 3.6 million bus branding saga money that is alleged to have been refunded by government wasn’t brought before parliament for approval .

The chairman of the public interest and accountability committee (PIAC) says government has refunded the controversial 3.6 million it used to re-brand 116 metro mass buses last year .

Criticism peaked following the revelation that due diligence was not done in the award of the contract to a wholly owned ghananain company, Smartys production and management.

As the issue became murkier, transport minister Dzifa Attivor who had superintendent the signing of the contract resigned.

Many people called for the transparency of the contracts and demanded full disclosure of government agreement with the company.

The ranking member stated that the transfer needs to be explained to members to know whether it was from government chest or from the CEO of smartys company. Adding that if PIAC refuses to write officialy to the house to explain the refund, then the matter will be dealt with.

Where Are The “Ghosts” – CLOGSAG Asks Finance Ministry