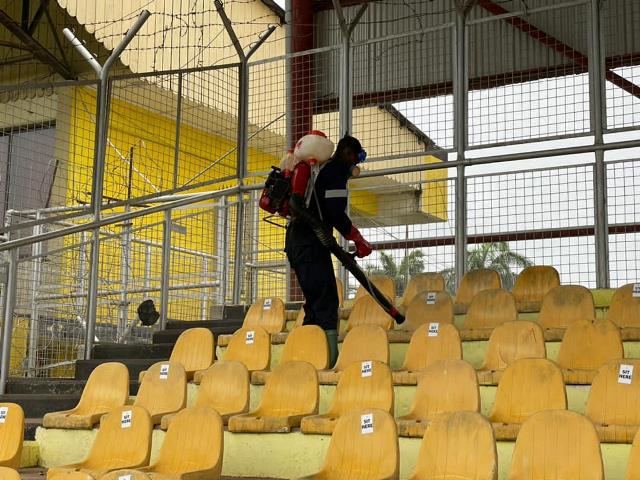 Professor Peter Twumasi the Director-General of the National Sports Authority (NSA), has revealed that the government plans to build a stadium in honour of the eight juvenile footballers who died in an accident in Offinso in September last year.

The Director-General said, government’s plan to construct a befitting stadium at Offinso for sports development remains active, adding that efforts were being made to actualize the plan within the shortest possible time.

Also, tombstones at the Roman Catholic Cemetery would be unveiled to honour the young footballers.

Prof. Twumasi said, government demonstrated its care for the injured and the bereaved families since the accident and paid GH¢100,000.00 to cover burial, funeral, and construction of tombstones costs.

He said, the state also absorbed all hospital bills and facilitated cash amount of GH¢20,000.00 to the families as well as a life insurance cover for the children from GLICO Insurance Company.

“As we commemorate their departure by unveiling tombstones as well as disbursing funds to care for the survivors, government reiterates its efforts and that of all actors in the sports industry including the Ghana Football Association and the Ghana Olympic Committee to make the organization of sports safe in the country.

“Government while promising to support this good cause also encourages individuals and organizations to contribute to the fund for sustained care for our surviving footballers,” Prof. Twumasi said. Sport NSA Offinso Accident