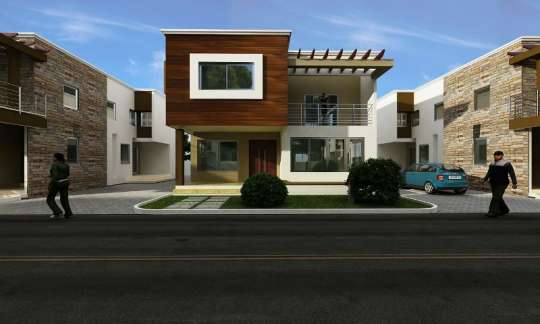 The next government of the ruling New Patriotic Party (NPP) would establish a National Rental Assistance scheme to assist Ghanaians to rent decent homes.

The scheme, which would start off with a GH¢100 million seed capital, would primarily provide loans to young Ghanaians who might not have the financial power to rent an apartment.

This forms part of the highlights of the NPP’s Election 2020 manifesto launched in Cape Coast on Saturday.

The launch, which was on the theme “leadership of service, protecting our progress, transforming Ghana for all” brought together the rank and file of the Party including the Vice President, Dr Mahamudu Bawumia and his wife Mrs Samira Bawumia, the Chief of Staff, Madam Frema Opare and Majority leader, Osei Kyei Mensah Bonsu among others.

Throwing more light on it, Dr. Mahamudu Bawumia stated that the government was aware of the financial challenges young graduates went through in search for a decent accommodation after securing a job.

“There are lots of youth who after school, renting accommodation becomes a big problem especially because of the demand for rent advance sometimes up to two years,” he said.

“But someone who is starting life afresh after school does not have that savings to pay all these huge demands for rent advance. There is a market failure. This is why the government has decided to come in and bridge this market failure by setting up a National Rental Assistance Scheme,” he added.

To benefit from the scheme, Dr. Bawumia explained that one would have to be gainfully employed, because the loan given, would be deducted from the monthly income of the beneficiary.

“Under this scheme, if you have a job and we can deduct regularly from your income under this scheme, the National Rent Assistance scheme will give you a loan to pay your rent allowance but it is to the landlord. You need to have formal employment,” he noted.

Going forward, Dr Bawumia said government would partner the private sector to raise more funds for the sustainability of the scheme.

“We are going to be putting in place a GH¢100 million for the National Rental Assistance scheme and work with the private sector to accrue more funds, so that we can get this done to bring relief to a lot of people in the burden of renting”.

On education, the Vice President indicates that the government would abolish the guarantor system where tertiary students would be required to provide a guarantor before loans were approved for them by the Student Loan Trust Fund.

The guarantor system, he observed was depriving many tertiary students from accessing the students loan.

The problem for many tertiary students, he noted was the current scheme which requested for guarantors of which a lot of people were not willing to risk their pensions to access the loan.

One will only need the national ID card when the new system came into force, he said.