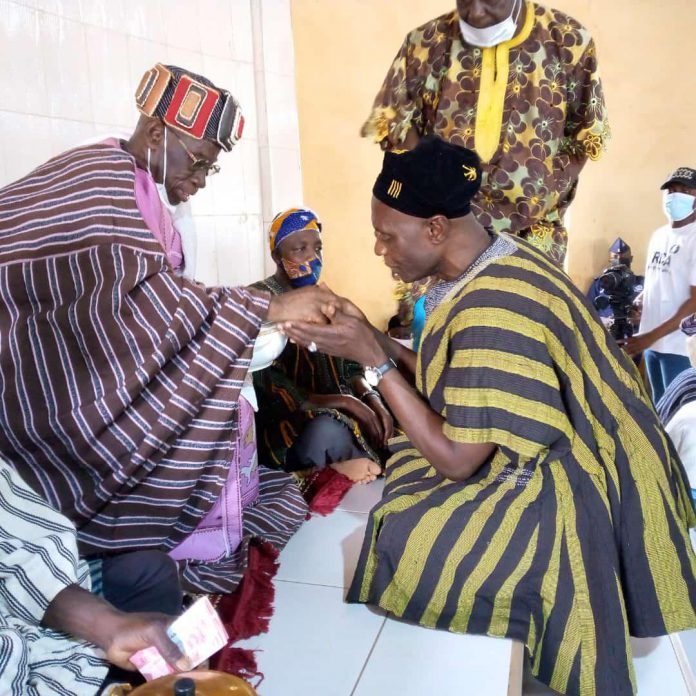 Alhaji Shani Alhassan Saibu, the Northern Regional Minister, says the government will continue to increase investment in agriculture in the region to boost production and ensure food security.

He assured farmers that the government would endeavour to offer the needed support to ensure that the region remained a major player in food production in the country.

He mentioned the Botanga Irrigation facility in the region, which supported all-year-round farming, saying “We have good intentions of building on the existing infrastructure to improve agricultural production in the region.”

Alhaji Saibu said this when he visited the Chief of Kumbungu, Alhaji Naa Abu Iddrisu (II), at his palace at Kumbungu as part of his familiarisation tour to introduce himself as the new Regional Minister and to thank the Chief for his support over the years.

As part of his familiarisation tour, the Minister also visited Chiefs of Diare, Tolon, Sagnarigu and Tamale.
He had, earlier, visited Ya-Na Abukari (II), the Overlord of Dagbon.

Alhaji Saibu said another priority area of his administration was to ensure peace in the region, saying he would work, especially with Chiefs, to sustain the peace in Dagbon.

Tolon-Naa (Chief of Tolon) Major Alhaji Sulemana Abubakari (RTD) said peace would continue to reign in the Dagbon Traditional Area as the funeral rites of all the late Chiefs had been performed.