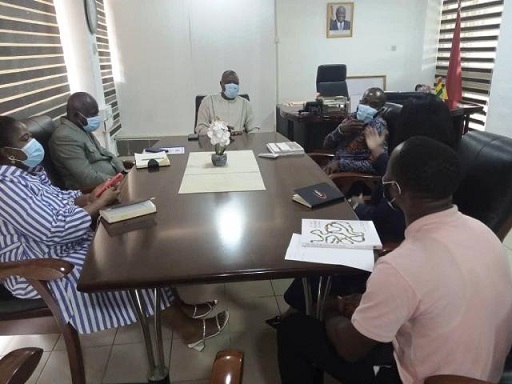 He said the Ministry intended to launch an initiative, which aimed at promoting domestic tourism to enhance Ghana’s revenue generation.

“It is our desire to boost Ghana’s tourism sector to employ about 40 per cent Ghanaians in the tourism value chain and push for the construction of a lot of four and five star hotels country-wide to accommodate tourists visiting the country’s tourist sites within the next two years,” he said.

Dr Awal said this when the Eastern, Volta and Oti Regional Branch Chairman of the AGI, Mr Dela Gadzanku, led a three-member delegation to pay a courtesy call on him on Wednesday, in Accra.

He assured the AGI of his resolve to collaborate with the Ministry of Roads and Highways to fix majority of the roads leading to Ghana’s attraction sites.

He was optimistic that in the next few years, Ghana’s tourism sector would be the number one contributor to the country’s Gross Domestic Product.

Mr Gadzanku said the visit was to discuss how the private sector could partner government to re-invigorate the tourism, arts and culture sector.

He said the AGI had launched the Fifth Volta Trade and Investment Fair, which was expected to take place between November 15 and 28, at Ho in the Volta Region.

“The Fair is geared towards promoting the numerous tourism and investment opportunities in the Volta Region. As part of the fair there will be an arrangement for both local and international tourists to visit the various tourism sites in the Region,” he said.

That would further help in boosting the domestic tourism drive for the country, he said, and entreated the Sector Minister to endeavour to improve on Ghana’s tourism infrastructure as it was fundamental to the development of tourism in Ghana.

Mrs Jarnice Odoakor, Member of the AGI, also implored the Minister to promote Ghanaian cuisines and chefs on the international scene and urged the chefs to rebrand their foods and beverages with good packaging to generate maximum patronage.

She said the initiative, when pursued, would have the propensity to turn the economic fortunes of Ghana around and create employment for those in the value chain.

Mrs Odiakor explained that at Begro in the Eastern Region, there was an ancient rock landscape that stretched up to the Volta Region, which could also be a potential source of tourism attraction when properly exploited.

Mr Atsu Sedor, the Project Co-ordinator of the Brand name; VISIT Volta, urged the Ministry and stakeholders to embark on an aggressive marketing and promotion campaign to attract more tourists.