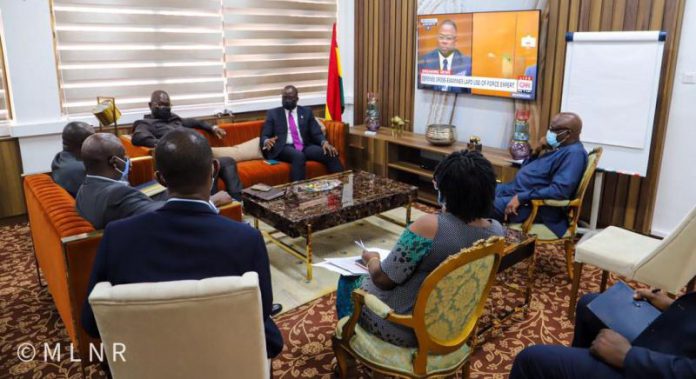 The Minister of Lands and Natural Resources, Mr Samuel Abu Jinapor, says government will reclaim encroached public lands across the country for its Affordable Housing Programme.

Mr Jinapor made this known in Accra when Mr Francis Asenso Boakye, the Minister of Works and Housing, led a five-member delegation to visit the Ministry of Lands and Natural Resources.

“We need to source lands for the Affordable Housing programme in Ghana,” Mr Jinapor told the delegation.

As part of efforts to reclaim government lands in four major cities of Ghana, particularly in the Greater Accra Region, the Lands Minister announced the formation of a five-member Joint Committee, chaired by Professor Patrick Agbesinyale, the Chief Director of the Ministry of Lands and Natural Resources.

The Committee was tasked to, among other things, develop proposals for areas to be released by the Lands Commission to the Works and Housing Ministry for the housing project.

The action would complement government’s efforts at providing decent and affordable housing for Ghanaians.