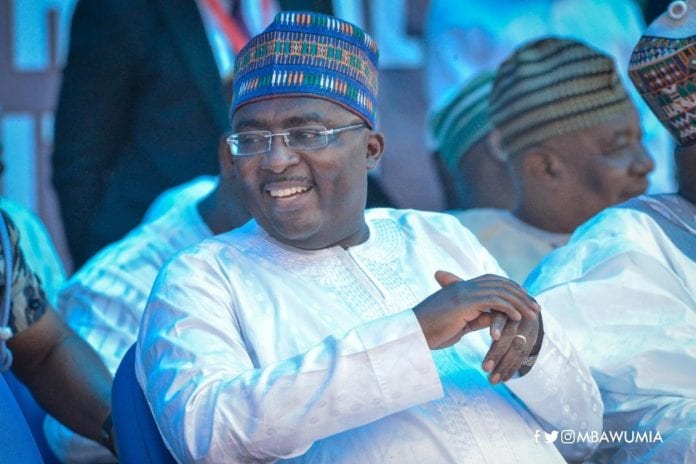 Vice President Mahamudu Bawumia says government is in discussion with the University of Development Studies (UDS) to set up a satellite campus in Yendi.

In addition, he announced plans to convert the Pong Tamale Veterinary College into a university of agriculture.

Vice President Bawumia announced this when he paid a courtesy call on the Overlord of Dagbon, Ya Na Abukari II at the Gbewaa Palace, Yendi on Thursday, as part of his working visit to the northern regions.

The Vice President expressed the Akufo-Addo led government’s commitment to provide critical infrastructure such as roads, education and health facilities in the five northern regions.

He enumerated some government’s flagship interventions that had impacted lives positively including the Free Senior High School Policy, Planting for Food and Jobs, and One-Village, One-Dam, One- Ambulance, One- Constituency.

Dr Bawumia would commission some government projects in the five northern regions.

Earlier, Ya Na Abukari II, the Overlord of Dagbon, lauded President Akufo-Addo for ensuring the current wind of peace and stability in the Dagbon Kingdom

“Today is a special day in the life of the people of the North. A moment of pride which reflects the development through which Yendi, and for that matter Dagbon, has gone through the last three years,” the Ya Na Abukari said.

“His Royal Majesty Ndan Ya Na Abukari II wish to express his gratitude for the inviable contribution of Dagbon Malti Naa I, His Excellency Nana Addo Dankwa Akufo-Addo, President of the Republic of Ghana and the people for the ensuring peace we enjoy today in Dagbon.

“I wish to state categorically that the state of Dagbon is being affirmed with each passing day and is a factor of peace and stability in the country,” he stated.

Ya Na Abukari acknowledged President Akufo-Addo’s commitment towards the progress of Dagbon, and appreciated the President’s presence at last year’s Damba Festival.

“Dagbon is particularly grateful to His Excellency President Nana Addo Dankwa Akufo-Addo for gracing last year’s Damba Featival and most importantly, his accompanied august guest, Her Excellency Mia Amar Motley, QC, MP, the Prime Minister of Barbados and her high level dignitaries and Ambassadors, which automatically catapulted our previously local Damba celebration onto the international arena.”

“We are also deeply grateful for the commissioning of the Yendi Water Supply Project in July, 2020,” he added.

The Ya Na commended Vice President Bawumia for his efforts at ensuring development in the north.