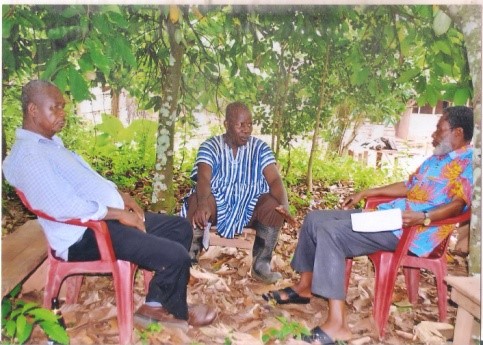 Mr. Amoako Obuadabang Larbi, a former Member of Parliament (MP) for Suhum Constituency in the Eastern has asked politicians to engage in a contest of ideas, and not insults.

He said political parties must engage in issue-based campaigns and to character assassination, which would create tension resulting in violence.

Speaking to the Ghana News Agency (GNA) Mr. Abuadabang now a prominent cocoa farmer, noted that politicians were committed to ensuring peace and harmony and there was the need to engage in activities that would result in peace building.

He said “The culture of violence and impunity retards nation’s growth”, and called on the youth in the country not to allow themselves to be used by the politicians to create confusion before, during, and after the December election.

The former MP also prayed for peace and tranquillity for the realization of a “Better Ghana” in the upcoming presidential and parliamentary general elections.

He entreated the police to abide by the principles and values that have sustained national peace, saying; “Ghana has vibrant politicians whose roles and activities go a long way to contribute towards the promotion of peace, before, during and after any election.”

The Former MP called for unflinching co-operation for political leaders to help improve the people’s life-style and enhance the socio-economic progress of the country.

He stated that it is about time that Ghanaians adopt a positive attitude towards identifying, minimizing, and possibly, eradicating corruption and urged the citizenry not to be defensive about corruption which has become a canker.