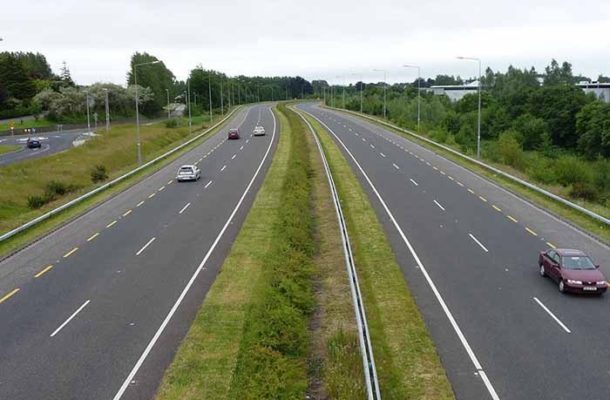 Government has been urged to construct more dual carriageways instead of single-lane roads to reduce accidents.

Mr Wilfred Akpah, the Hohoe Branch Two Secretary of the Ghana Private Roads Transport Union (GPRTU), appealed to the Government to ensure standards were met as single-lane roads had been identified as the cause of many road crashes.

“It is the preserve of the Government to construct quality roads and enforce standards as single-lane roads have been identified as the most single cause of the many crashes the country continue to record,’’ he said.

Mr Akpah said this at a National Road Safety Authority (NRSA) stakeholder’s consultative meeting in Ho to solicit inputs from industry players towards fine-tuning the Legislative Instrument that would reform the industry to reduce road crashes.

The LI is to develop, promote, coordinate and regulate procedures and standards related to road safety and other industry matters.

NRSA exists to reduce the incidence of road traffic crashes, fatalities and injuries through the promotion of road safety policies as well as ensure standards.

Mr Akpah said lack of road auditing left roads to degenerate into death traps without holding anybody or institution accountable, which was problematic and must change.

He called for strict compliance to enforcement regimes by duty-bearers towards bringing some sanity to the roads and the transport sectors.

Mr Kwame Koduah Atuahene, the Head of Regulation, Inspection and Compliance of the NRSA, said the Authority was working assiduously to have the NRSA Bill ratified in Parliament before it rises in August, this year.

He said the Instrument would curtail the phenomenon of having to work in silos and change into well-coordinated approaches to champion decorum in road crashes investigations.

Mr Atuahene said the changes must include the issuance of road safety certificates as a requirement for all new road projects or related works prior to opening or commissioning for public use with licencing being a rigorous and a regular pre-requisite.

Others would be the quality of vehicles and competence of drivers, professionalism of vulcanizers on the science of tyres, road safety educators and auditors among others.

He said there would be new additions and enhanced procedures for road transport unions, cooperatives and associations, which would mainstream the transportation of the aged and people with disability.

He said grounds for suspension of licence would include failure to give notice of change in technology or operational head, failure to cooperate with inspection, audit or investigation teams or to pay any regulatory fees or administrative penalties, failure to renew operating licence and to carry out a compliance notice or directive.

Mr Atuahene said mandatory filing of annual reports would be a strict feature with exempted organisations being Drivers and Vehicle Licencing Authority, Motor Traffic and Transport Division and National Security.