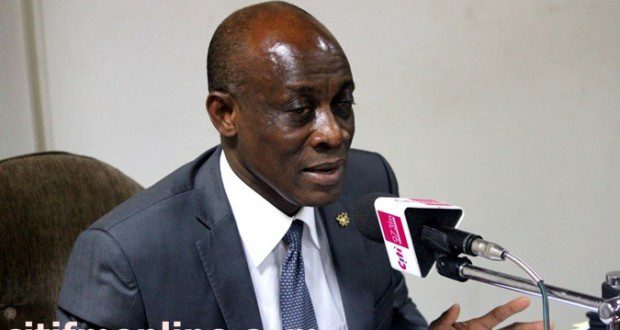 This, the advocacy group says, would lessen the financial difficulties that face companies through the imposition of the levy. A statement issued, in Accra, and signed by its lead person on Economics and Finance, Mr. Toma Imirhe, expressed concern about the Government’s intention to further extend the application of the NFSL until the end of 2017.

“This planned extension of the levy will further increase the financial difficulties of all the companies on which it is being levied,” the statement said.

The withdrawal has become even more imminent and needful because of the implementation of the Income Tax Act 2015, (Act 896), which has introduced sweeping reforms and adjustments, which are already biting businesses and individuals hard.

“We wish to remind the Government that when the NFSL was reintroduced, effective mid July 2013, the legislation backing its establishment set its duration at 18 months,” it said.

“Therefore, the levy should have been withdrawn at the end of 2014, but this did not happen. Rather, the government now intends to apply it until the end of 2017.

“This is both excessive for government’s efforts at reducing its fiscal deficit to manageable proportions and debilitating for the enterprises which are obliged to pay the levy.”

When the NFSL was initially introduced in 2009, the Government’s fiscal deficit, inherited from the previous administration, was more 12 per cent of GDP, the statement said.

“But due to the increased revenue generated by the levy, the fiscal deficit was nearly halved by 2011 and the levy was duly abolished, in line with an 18-month legislative sunset clause it had.

“Its reintroduction in 2013 was in response to another round of fiscal challenges for the Government, of similar proportions incurred in 2012, but the deficit has been cut to 7.1 per cent by 2015 and it is now expected to fall further to 5.3 per cent this year.

“This implies that the deficit is now falling to manageable proportions and thus the levy is no longer of critical importance to fiscal consolidation efforts.

“For a fact, JBA is acutely aware of the downside risks to Government’s ongoing fiscal consolidation efforts in 2016, this being an election year, and having very little fiscal space to maneuver in.”

The statement said the JBA, however, believed that this needed to be weighed against the negative effects of the continued application of the NFSL on enterprises obliged to pay the levy, such as the reduced availability of internally generated funds for reinvestment in production capacity and the dissatisfaction of shareholders in the yields they were receiving on their investments, compared to available alternatives elsewhere.

“However, in view of the need to reconcile Government’s ambitious fiscal targets with the urgent financial imperatives of companies who are obliged to pay the NFSL, the JBA wishes to suggest the policy option of replacing it with equally ambitious efforts to broaden the tax net,” it said.

The JBA said the options should include properly targeting and capturing all property for tax purposes, on-street parking fees, especially in the Central Business District and commercial parts of cities.

More roads should be tolled, it said, while the newly constructed ones should rake in more revenue to close the deficit.

“The JBA believes that the removal of the NFSL would help restore Ghana’s faltering competitiveness as an investment destination, which is crucial to the country’s economic growth prospects and, therefore, its ability to create jobs and incomes for its citizens going forward,” the statement said.