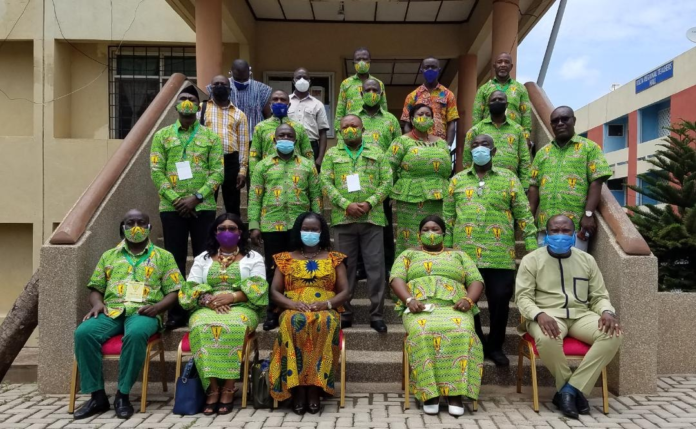 Mr Ignatius Baffour Awuah, Minister for Employment and Labor Relations has said Government would ensure job security for workers of the communication sector.

He said the communication sector workers continued to endure unstable jobs and poor working environments despite their significant roles in development and especially in the ongoing fight against the coronavirus pandemic.

Mr Awuah said these in a speech read on his behalf at the opening of the Seventh Quadrennial National Delegates Conference of the Communication Workers Union (CWU) of the Trade Union Congress (TUC) in Ho.

The Minister said the sector contributed considerably “towards the economy although constituting a wee fraction of the nation’s workforce, and appealed to management of institutions within the sector to consider the relevance of communication workers and to stay true to laws governing employment.

“In spite of the significant roles played by workers in this sector, decent work standards seem non-existent for them. Poor working conditions, exploitation and abuse of workers’ rights such as freedom of association, unfair termination of contract of employment among others continue to be rampant and these do not auger well for the pursuit of decent work for all.

“Challenges of this nature limit the full realisation of the potential of the communications sector,” he said.
Mr Awuah added that concerns of the sector remained top priority, and that the Ministry would “promote and deepen management-union relationships at all times.”

He advised sector workers to seek peaceful means to addressing disagreements with management, and also said the Ministry was available to receive all complaints.

Dr Yaw Baah, Secretary General of the TUC commended the peaceful outlook and aspirations of the CWU.“It takes Unions like this to bring about peace. The TUC will support you to keep the peace that you have in the Union,” he said.

He said media unions emerged as one of the groupings most affected by industrial transformations, and encouraged members to explore new methods.

He advocated grassroot participation, and announced that the TUC would be converting its guesthouse into a wing of its soon to be established labour college.

Dr Baah said the TUC was persistent on ensuring that all pension claims were faithfully honored by trustees, and asked those affected not to despair.

Mr, Henry Adomako Oduro, Chairman of the Ghana News Agency, CWU, said the Union remained committed to maintaining cooperation among its institutions, and called on members to sustain the partnerships.

He said in spite of the weakening of union bodies by socio-economic trends, and the exit of hundreds of CWU members from some communications firms, the Union remained strong.

Mr Oduro announced that land had been acquired in the Eastern Region for the establishment of events and hospitality centre towards generating more funds for the Union.

He reminded communication sector workers of their responsibilities during the electioneering period, and asked that politicians, who produced “highly flammable” words were denied public attention.

The Conference was on the theme “Empowering Union/Management Partnership; A Tool for Development and Industrial Race”, and had in attendance, members from the various communications service institutions, agencies and departments.
Elections were held during the event to elect new members, and two recent past executives were recognised for exceptional service.