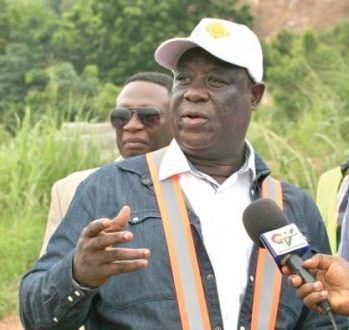 Government will not countenance substandard roads by contractors in the country, Mr Akwesi Amoako Atta, the Roads, and Highways Minister has said.

“Roads are built with public resources and we will make sure that it is prudently used and the work is done to the highest standard to serve its purpose,” he said.

Mr Amoako Atta sounded the caution when he visited some on-going projects including; the link road from the Ghana Institute of journalism and Parliament House in Accra and interacted with some beneficiary offices including; the Ghana Football Association (GFA) and the National Road Safety Authority.

In a brief interaction with the GFA, Mr Amoako Atta said, “Gone are the days when contractors did shoddy jobs and are left off the hook. This government will not countenance that kind of practice.”

He stated that the stretch and many others including; that of major hospitals, law courts and second cycle institutions was earmarked for construction as part of the government declaration of 2020 as the year of roads.

Mr Amoako Atta said road network was a pivot, which economic activities evolved and that the government was working to change the phase of the road sector.

Asphalting the road in front of the headquarters of the GFA, he said was in the right direction due to the significance and role that area in national development.

Mr Kurt Edwin Simon Okraku, the President of the Ghana Football Association thanked the government for its immense support towards the Association such as the recent one which was done through the Youth Entrepreneur Authority.

He said the move was one of the basics that would enhance the image of the Association and aid their work.

He gave an assurance that his administration would work hard to end the trophy drought in the country.