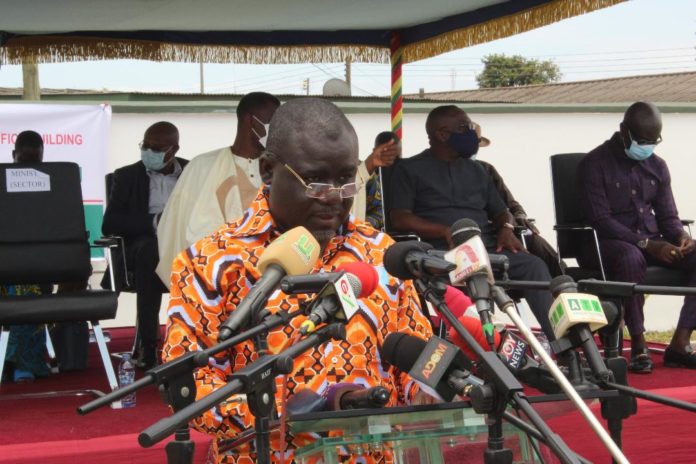 Mr Kwaku Ofori Asiamah, Minister of Transport, says his Ministry will work together with the Centre for Maritime Law and Security (CEMLAWS) for accurate data for maritime security and governance.

The step would enable the Ministry and other governmental agencies to make informed decisions for policy making.

The Minister made the remark when a team from CEMLAWS led by its Executive Director, Dr. Kamal-Deen Ali, paid a working visit to the Ministry to officially establish a relationship with the sector and support the nation’s agenda of protecting her maritime environment.
CEMLAWS is an independent nonpartisan, nonprofit institution based in Ghana with a continental and global reach that helps to improve ocean governance and maritime security in Africa.

Mr Asiamah said the Gulf of Guinea today was becoming volatile, a situation that affected the cost of doing business on it.
“We have to sit together and plan because now the waters are becoming more profitable and that means increased economic activity, which is also increasing the risks as criminals will want to take advantage of the situation, so we need to come together to minimize the risk on marine life,” he said.

His said his sector together with others like the Ministries of Defense, National Security, Interior and the ECOWAS member States were working towards making trading on waters safe.

“I think it is also important to bring entities like CEMLAWS on board because if we don’t have the right information, we cannot take the right decision. I believe CEMLAWS has the right capacity to make us achieve our goals,” he reiterated.

Mr Asiamah said when the marine life was not protected, it gave room for criminals to take advantage of the situation to the detriment of the entire nation and beyond.

He gave an assurance that the Ministry would support CEMLAWS to feed them with the right information, adding: “We will not take our relationship for granted. It is our wish that we continue to do more so that this country benefits from us.”

On his part, Dr. Ali said the Ministry played a critical and overriding role in its mandate, hence the relationship was important as they had similar interest of securing the marine.

He gave an assurance that his NGO was readily available to offer Ministry and the entire government its support for any work in line with its core mandate to support national progress.

The Executive Director, who presented a congratulatory plaque to the Minister, said it was important to honour him for his hard work which led to the renewal of his mandate. “This means there is continuity and it is great and exciting,” he added.

He said CEMLAWS was working with government and other nongovernmental entities to ensure that a framework to deal with maritime security issues was developed.

Ms Anais Rios of the United Nations Office on Drugs and Crime, said working with CEMLAWS was an important step as Ghana needed to know what it had to deal with on the waters through research to reach its target.