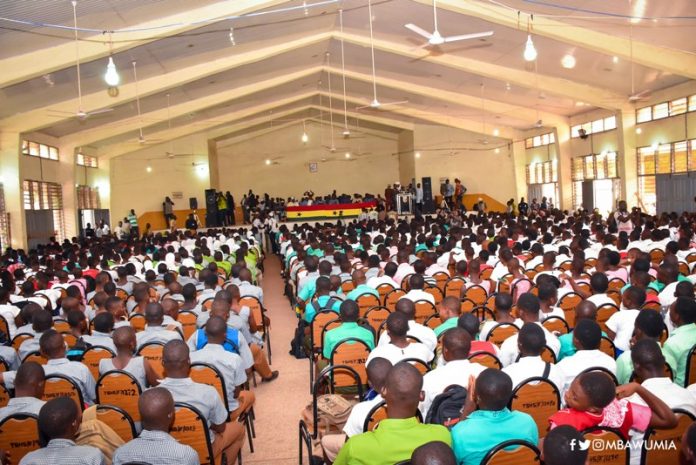 Dr Matthew Opoku Prempeh, the Education Minister, has refuted claims that the free Senior High School (SHS) Policy is collapsing private schools, saying that private schools are making a lot of profits and sometimes turn away prospective students due to oversubscription.

He was surprised at critics who claimed that the free SHS was collapsing private schools just within a year of implementation, describing those claims as untenable.

He said the free SHS policy had rather brought a lot of competition in the country’s education sector, and queried: ‘‘why should the private sector schools shy away from competition?

‘‘We have met managers and proprietors of private schools and explained issues to them and a lot of people go there because they offer value for money,’’ the Minister noted.

Dr Opoku Prempeh said in an interview with the Ghana News Agency after he received the Distinguished Public Office Best Minister of the Year Award for his role in implementing the free SHS Policy at the Eight Ghana Entrepreneur and Corporate Executive Awards in Accra over the weekend.

The event was organised by the Entrepreneurs Foundation of Ghana to recognise the contributions of entrepreneurs, business executives and public officer holders for their contribution towards development of the nation.

He said the government would ensure judicious and prudent application of the nation’s financial resources to sustain the implementation of the Policy, noting that the country was not poor to the extent that it could not fund her education.

Commenting on the award, Dr Opoku Prempeh said, he had been humbled by the recognition and gave the assurance that, he would work harder as people were watching whatever efforts he was making towards the enhancement of policies.