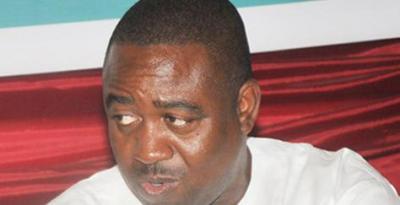 Governor Gabriel Suswam of Benue State on Sunday apologised to those whom he must have wronged in one way or the other.

Suswam said this at his 50th birthday anniversary.

He said, ?as for me, I have forgiven all those who must have wronged me in one way or the other; because in politics we always step on peoples toes.

?Though we all hustle for political positions, politics must not be an issue of life and death, people must not threaten to spill blood if they do not win elections, because my experience in the last accident I was involved in clearly shows that it is only God who determines what should be.

Suswam added: ?As we struggle to win elections and also to make money, we must also learn to put God first, because without him, nothing would be possible.?

However, the Senate President, David Mark, has called on political leaders in the country to improve the lives and well-being of the people in the country.

He stated that Suswam had rendered purposeful leadership to the people of the state hence ought to be thankful to God who availed him the opportunity to serve the people in different capacities at a very young age.

?That is why it behooves those of us in positions of leadership to endeavour to use such positions to better the lives of the people or else the essence would be defeated.?

Philippine leader threatens jail for those who refuse vaccine jab

Tunisia to fine those not complying with health protocols – official

South African government calls for calm on those protesting

Is Nobody’s Fault But Those Who Voted for NPP – Suhuyini

Our Enemies Have Failed Woefully – Nduom