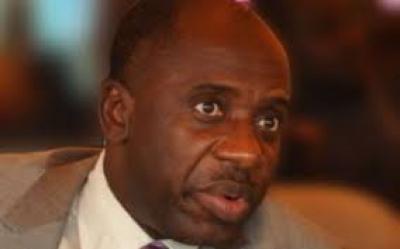 Governor Rotimi Amaechi of Rivers State yesterday accused the Presidency of directing the new Rivers Police Commissioner, Dan Bature, to install a governor on the platform of the Peoples Democratic Party, PDP in the state.

Governor Amaechi?s Chief Press Secretary, Mr David Iyofor, in a statement, disclosed that there was a fresh sinister plot to allegedly throw Rivers State into ?avoidable crisis.?
The governor?s scribe said the recently-deployed Police boss was ?instructed by the Presidency to use the former Rivers police commissioner, Joseph Mbu?s draconian style and tactics in causing crisis in Rivers State.?

According to Iyofor ?while it is easy for a few in the Presidency to dismiss these reports, we in Rivers State, with the benefit of hindsight and our collective recent bitter experience in the hands of former Police Commissioner Joseph Mbu, who was also reported to have a similar mandate, cannot.?

The governor?s spokesperson, however, said any move to install a stooge of the presidency will be resisted by people of the state.

He said the ?people of Rivers State will strongly and bravely resist any attempt by anyone or institutions, including The Presidency, to unconstitutionally install the preferred PDP aspirant as governor of the state, now or in the 2015 election. There is no provision in the Nigerian Constitution and laws for the installation of a preferred aspirant as governor of a state by the presidency. What our laws prescribe is a free and fair election that must be devoid of police and security forces coercion, harassment and intimidation of voters.?

He further warned that such move, if allowed, portends danger to the state and nation, adding, ?Rivers voters must be allowed to and will freely elect their governor in the 2015 elections.?