The document, dubbed “An agreement in good faith” that is part of the Peace Agreement signed in 2015, outlines the specific roles of the “interim authorities” in northern regions of Timbuktu, Gao, Kidal, Taoudeni and Menaka. 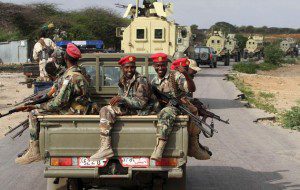 The interim authorities will be comprised of representatives of ex-armed groups and the government, and will be temporarily led by the head of local executive.

The parties further agreed that the sub-chiefs, chiefs and governors will be proposed by representatives of the ex-armed movements.

In the document, the parties committed themselves, before the international mediators, to execute the “Agreement in good faith” and to closely cooperate for the resolution of security problems in the North.

The prime minister, head of government and president of the National Coordination Committee for the implementation of the agreement, is the guarantor of Tuesday’s agreement that was signed by Hamadou Konate from government, Sidi Brahim Ould Sidati from the Coordination of Azawad Movements and Me Harouna Toureh, representing the Plateform that comprises of self-defense groups. Enditem