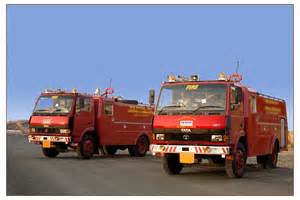 The Komenda and Elmina Fire Stations in the Komenda-Edina-Eguafo-Abrem Municipality have received a fire tender each from the government.

Mr. Isaac Sam, KEEA Municipal Chief Executive, spoke at a commissioning ceremony in Elmina on Wednesday and urged the GNFS to maintain the vehicles to ensure they were always in excellent condition to serve the municipality.

?Government will not entertain misuse and mishandling of these vehicles?. reciprocate the gesture by being responsible at all times?, he said.

He urged the Service to compliment government?s efforts by ensuring that the citizenry were educated on prevention and management of undesired fires and called on the public to support the Service.

Mr. Sam said the construction of a new office for the Elmina Fire Station would be awarded on contract soon and would be completed by the end of the year.

He said the assembly would make efforts to put the dilapidated building of the Elmina Station in a good state to house the personnel and equipment till the new fire station was built.

The Elmina District Commander of GNFS, Assistant Divisional Officer I (ADOI) Samuel Kwame Arthur, said a fire tender donated by Gouda of Netherlands was out of commission since June last year.

The figure, he said, was higher than recorded around the same period in 2013, showing that safety education and inspection of public places must be stepped up.

He said most of the fires were avoidable and occurred through human errors such as cooking activities, bad electrical installation and usage and therefore appealed to the general public to practice fire safety in their homes to prevent avoidable fire.

ADOI Arthur also appealed to traders in the major markets to discontinue the habit of displaying their wares along access roads to the markets to enable the fire tenders move freely in case of fire outbreaks.

He expressed gratitude on behalf of both stations to the Government for fulfilling its promise and called for a close relationship with stakeholders to reduce the menace of fire outbreaks in the municipality.

Ghanaians told to not relent on COVID -19 directives