The maiden report of the Metogu Anti-Corruption Survey has indicated that the Nana Addo led NPP government is on track in the fight against corruption. 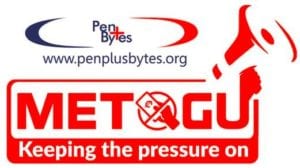 In the run-up to the 2016 general elections, issues of corruption dominated and drove the discourse of all political parties in the country. The then party in opposition NPP took the fight against corruption to a whole new level when it made certain key promises which will later play a pivotal role in the victory of the party.

The report which was released on Tuesday 3rd October,2018 at a round table discussion outlined ten (10) promises that were made by the governing New Patriotic Party during their 2016 campaign that sort to find a solution to the canker that has for decades contributed massively to the slow development of the country. Some of the promises made by the NPP and captured in the first Metogu Anti-Corruption Survey include the following:

To ensure transparency in the school feeding programme, Revamp the National Health Insurance Scheme to become efficient and self-sustaining, Ensure the election of Metropolitan, Municipal District Chief Executive (MMDCEs), Restructure the land administration System, Amend relevant sections of the Criminal Act 1960 (Act 29), Establish the Office of the Special Prosecutor, Ensure the passage of the Right To Information Bill (RTI), Comply strictly with the Public Procurement Act to ensure Value for Money, Ensure the passage of the Beneficial Ownership Title and Ensure the establishment of the Public Officer’s Code of conduct and Assets Declaration Regime.

Addressing the issue of government breaking its promise of ensuring the election of MMDCEs, the Deputy Minister of Information Pius Enam Hadzide hinted that that promise has not been broken as government together with the Local Government Ministry have completed a road map to ensure that that promise is kept.

The Deputy Minister added that work is far advanced in the processes to amend certain entrenched clauses in the constitution and was hopeful that very soon results of the work done will be made public.

Tackling the issue of the passage of the Right To Information Bill, the Member of Parliament for Sekondi in the Western Region Andrew Kofi Egyapa Mercer who is also a member of Parliament’s Communications Committee hinted that the RTI is on top of the agenda of parliament.

“The RTI is at the consideration stage and hopefully will be passed when parliament reconvenes”, assuring that the bill is likely to be passed before the house rises again in December.

The Metogu project according to Executive Director of Penplusbytes, initiators of the survey Kwame Ahiabenu is a continuous project aimed at assessing the promises made by the governing NPP on corruption and demand the fulfillment of those promises especially those made in connection to corruption.

He therefore commended government for its efforts in addressing the issue of corruption in the public sector but called on government to expedite actions to bring public officials found guilty of corruption to book.