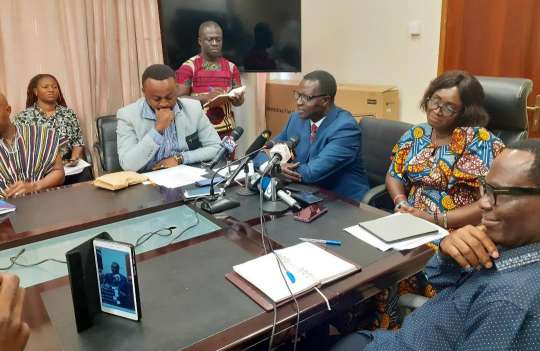 Mrs Gifty Twum- Ampofo, the Deputy Minister in charge of Technical Vocational Education and Training (TVET), has announced that government has invested over 500 million euros in the country’s technical education.

She said government has begun the expansion and upgrading of 10 Technical Universities, two Polytechnics and 17 Technical Institutes with state-of-the art training workshops and laboratories under the construction by AVIC International Holdings Corporation of China to the tune of 119 million dollars.

The expansion and retooling project, according to the Deputy Minister, was the largest in the history of the country, which would witness the expansion and equipping of the laboratories of the Mechanical, Automobile, Welding and Civil Engineering departments of the beneficiary institutions.

Government has started the upgrading of all the 35 TVET institutions and established two new foundries and machinery centres in Kumasi and Accra.

Mrs Twum-Ampofo made the announcement in reaction to a statement by former President John Dramani Mahama on a live facebook video, urging government to prioritize TVET education in the country.

She said “government has already made it a priority and has anchored some of its strategies on skills and TVET, that is why we invested heavily in the sector”.

The Deputy Minister said the expansion of these universities would enhance training solutions and systems integration for Engineering, Science, and Technology applications in education, training, and industrial environments.
Touching on the Development of Skills for Industry Project (DSIP), the Deputy Minister said, the project has been implemented successfully.

The DSIP is part of government efforts in implementing the reform of TVET to support the institutional strengthening of technical institutions and contribute to addressing issues of human capital development.

On realignment of TVET institutions to the Ministry of Education, she said, the Ministry has started the process and progressed steadily adding that the Parliamentary Select Committee on Education has engaged the Ministry and other stakeholders on the bills for effective implementation.

The bills when enacted will ensure effective coordination, regulation, harmonization and improved quality of instruction in TVET delivery.

Mrs Twum-Ampofo said the Ghana TVET Voucher Project which started has been implemented successfully.
She said some demand-driven programmes have also been added including plumbing, furniture making, electrical installation, block laying and tiling and catering and hospitality.

Mrs Twum-Ampofo said government has implemented a strategic plan for TVET transformation approved by Cabinet, covering all aspects of the world of work and society.

She said government has introduced the first-ever National Skills Competition programme to promote skills training and development for industrialisation and generate greater awareness of the importance of TVET.