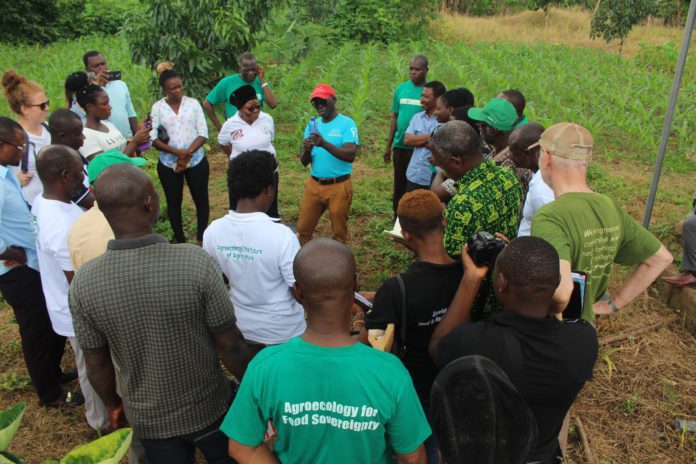 Peasant Farmers Association of Ghana (PFAG) and Center for Indigenous Knowledge and Organizational Development (CIKOD) are advocating the adoption of the agroecology farming concept to help maintain soil fertility and boost food production in the country. 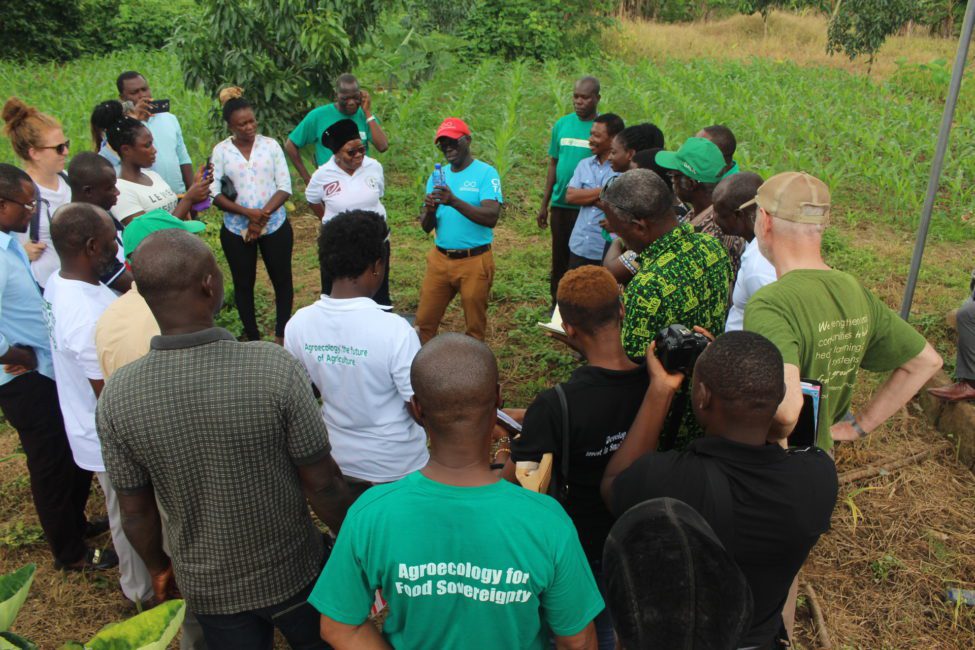 Mohammed Abdul-Rahman, the president of PFAG, said agroecology farming, which sought to promote the use of organic nutrient sources to enhance soil fertility could be an ideal method to support the government’s Planting for Food and Jobs (PFJ) Programme. He enumerated high cost of chemical fertilizer, health implication of consuming over doze inorganic food and soil and environmental damage of chemicals as other reasons necessitating the adoption of the Agroecology concept.

Speaking at a training workshop for about 35 taskforce team members drawn from all ten regions in Ghana at Amanchia, in the Atwima-Nwabiagya District, Abdul Rahman said agroecology was the natural strategy to boost food crop yield and maintain nutrients to improve soil fertility for continuous farming activities all year long.

The meeting was organized by CIKOD and PFAG with funding support from Open Society Initiative for West Africa (OSIWA) and Groundswell International (GSI).

Charles Kwowe Nyaaba, the Programme Manager at PFAG said the current use of chemicals and extensive application of inorganic fertilizer in food production was not only degrading the soil and its nutrient content, but also contaminating the food crops produced, posing a health risk to the end users (humans) who consumed the food.

Nyaaba said, the success of the Farmers Association’s pilot agro-ecology demonstration farm at Adiesu, Techiman in the Brong Ahafo Region, had confirmed a research conducted by the University of Ghana that agroecology farming was the way to go in Ghana.

He highlighted the associations’ efforts in promoting the concept through capacity building programmes and mentioned that, PFAG had already trained over 400 farmers from the Brong-Ahafo and Upper East Regions in the agroecology concept and would continue to train more farmers from other regions. He reiterated the point that, agroecology farming practices is the surest way of bringing back the dead soils to life.

The adoption of the concept by major commercial farmers in America and Europe; also goes to buttress the importance of the concept in Ghanaian farming practices, he added.

CIKOD and PFAG are committed to implementing various projects to promote a resilient farming system through advocacy to reform farming practices in Ghana.

On his part, Bern Guri, Executive Director of CIKOD admitted that, more work needs to done to bring all stakeholders on board to understand the importance of the concept and assist them to practicalize same. He was of the view that, policy makers should embrace the concept and roll it out in their plans for the coming farming seasons. That way, the concept will be accepted the farmers.

Mr Guri highlighted some benefits of Agroecology farming adding that, it increases yield of crops whiles enhancing the soil structure.

Dr Kofi Boa, Director for the Centre for No-Till Cultivation (CNTA), an agroecology farm, who took participants through the agroecology concept, its constraints and organizational structure, said the concept should be encouraged throughout the country to sustain the ecology.