Mr Victor Attah Ntumi, President of the Ghana HIV and AIDS Network (GHANET) has called on government to implement the Ghana AIDS Commission Act, to protect the privileges of persons living with HIV and AIDS. 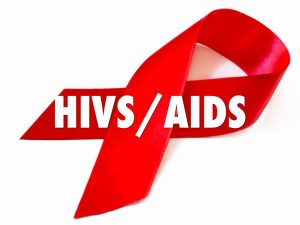 He said the Act also establishes the National HIV and AIDS Fund which would provide the Management body the required funding to formulate policies and coordinate activities in the fight against HIV and AIDS.

Mr Attah Ntumi made this call in an interview with the Ghana News Agency (GNA) during a Civil Society Organisation (CSO) engagement meeting, hosted by GHANET in collaboration with PEPFAR Ghana.

The meeting aimed at building synergies among CSOs and to form a pressure group after gathering ideas from members at the grassroots to engage government particularly in the supply chain management of drugs.

The group would also engage government to ensure that the right data and information was provided to achieve sustained epidemic control.

Mr Attah Ntumi told GNA that the absence of government’s commitment with regards to counterpart funding of programmes had always been a challenge and as a result its donor partners were unwilling to release funds to achieve the sustained epidemic control.

He cited an example where there was Global Funds to Fight AIDS, Tuberculosis and Malaria, but Ghana had been charged for not spending the money Global Funds provided and once Ghana commits to Global Funds, government must pay their part.

He said currently the HIV prevalence rate in Ghana was around 1.2 per cent , however, stakeholders should not be complacent , adding that “we don’t want any life to be lost; and if we are talking about one per cent of a population of 25-26 million, then we are talking about huge figures”.

The President of GHANET noted that the group had opted for option B± which means they were adopting the ‘treat all policy’ which implied that anybody infected with HIV should be rolled on immediate treatment.

He further explained that they had resource gaps and considering the numbers involved, the available funds could not sustain that policy therefore would need government to show its commitment to push for more support from its donor partners.

Mr Attah Ntumi said government should be able to give them a minimum budget.

He again noted as part of the resource mobilization team, they suggested that government could consider a percentage on import levy, talk tax, just to mention but few.

In her presentation on the role of civil society in driving HIV Response, Madam Dzifa Awunyo-Akaba, PEPFAR Coordinator noted that they would not have a global HIV response but for demands from the CSOs.

She said people living with HIV should play a meaningful role in shaping HIV programmes and as such have powerful voices within their countries.

Madam Awunyo-Akaba said there would be an estimated 262,606 persons living with HIV (PLHIV) in 2020.

According to PEPFAR Ghana there would be increased engagement with civil society to strengthen community systems to increase Kaiser Permanente (KP) case finding and linkage to care, and to reduce stigma and discrimination of KP living with HIV.

PEPFAR Ghana is committed to working with the Government and other stakeholders including the Global Fund to fight AIDS, Tuberculosis, and Malaria (GF),UNAIDS, and CSOs to achieve sustained epidemic control.
GNA