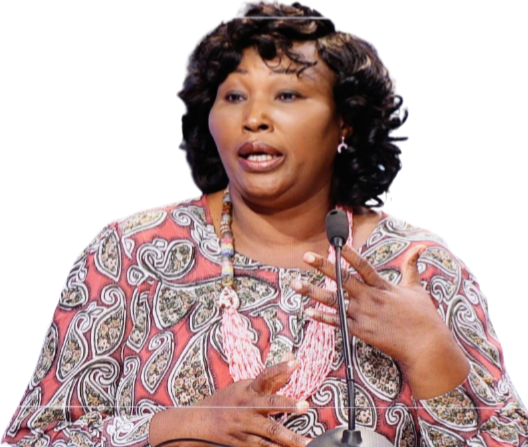 The Keta Port project is a Ghana Ports and Habours Authority (GPHA) development and does not exist in isolation Mrs. Esther Gyebi-Donkor, General Manager, Marketing and Corporate Affairs, GPHA has stated.

“Currently there are three GPHA dedicated staff for the Keta Port Project and all of them are under headquarters. The support staff of the Keta Port project are GPHA employees,” GPHA stated.

There are a couple of other project component-specific supporting staff who work with the Keta Port Project Director from other departments of Tema, Takoradi, and the Headquarters.

“It is therefore erroneous for the impression to be created as though a number of staff have been employed under the Keta Port project, and some have even already retired and have been earmarked to receive the bonus payment,” Mrs. Gyebi-Donkor stated in a statement copied to the Ghana News Agency in Tema.

The GPHA statement is in reaction to discussions in the public on the leaked internal memo on the staff bonus approval, which included staff of the Keta Port Project.

According to GPHA, the staff referenced in the letter are from the three main units – Headquarters, Port of Tema, and Port of Takoradi.

However, the practice of information dissemination is to copy all directors, hence the Director of the Keta Port Project.

The GPHA Management reminded the public that the Executive Instrument establishing the Keta Port Project was issued in October 2018, which paved the way for GPHA to commence the process, adding that so far, feasibility studies had been conducted and completed.

It added that national and international stakeholder engagements had also been held to present the feasibility study findings, while a notice for Expression of Interest by potential investors has also been published.

Management stated that the evaluation of tenders to engage a consultant to conduct the Environmental and Social Impact Assessment studies was ongoing.

The statement said the next step was to engage investors to a financial conclusion upon which construction could commence for the realisation of a port in the Volta and Oti Regions that would serve Ghana and its neighbours.

“The Keta Port project is feasible, efforts by GPHA to build the port are ongoing, and the Director of the Keta Port Project is leading the team and coordinating the schedule of activities in this regard.

“It is a port for Ghana, and we humbly invite all well-meaning Ghanaians to support and be good ambassadors of this project.”

The GPHA Management has, therefore, defended the payment of performance bonuses to its staff as it is captured in the staff Collective Agreement (CA).

The GPHA, in an internal memo that has gone viral, announced the approval of 3.5 months of basic salary, tax inclusive as a staff bonus for the year 2022.

The quantum of the bonus was negotiated and agreed upon between Labour and Management at the end of every year before payment was made.

Nutritionist warns against intake of Alcohol and milk mixture

Young people have many employment opportunities in cybersecurity space

Trading of information under RTI Act is against the Law – Commission