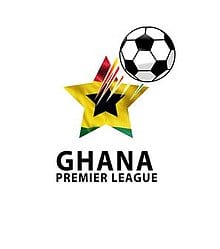 Maximum points for Accra Hearts of Oak in Sunday’s game against Liberty Professionals will see the end of the 11-year trophy drought with a game to spare.

The Phobians have been rampant in the last few matches as they are now unbeaten in 13 matches across all competition the longest unbeaten streak across various divisions.

Hearts would be looking to do the double over the ‘Scientific Soccer’ lads who are in desperate need of points to keep their survival chances alive as they currently lie just a point above the drop zone.

Kotoko failed to beat King Faisal at home the last time as they shared the spoils with the relegation-threatened side and would be targeting to hand Bechem United their second home loss of the season after Hearts beat them earlier in the second round.

The bottom half of the table looks very interesting with ninth-placed AshantiGold also in danger of sinking down the table, if results don’t go their way in the two remaining matches.

The Miners would fancy their chances against Dreams FC at the Obuasi Len Clay Sports Stadium as a win could secure the Premier League status for next season.

King Faisal and Ebusua Dwarfs lock horns in a feisty relegation battle as three points for either sides could help them climb up the table.

Another relegation battle clash would see Elmina Sharks face off against Legon Cities with both sides in danger of relinquishing their Premier League status if they should lose.

Great Olympics would be looking to secure all three points against Berekum Chelsea if they should move into the top four while the ‘Blues’ would also need the points to ensure survival.