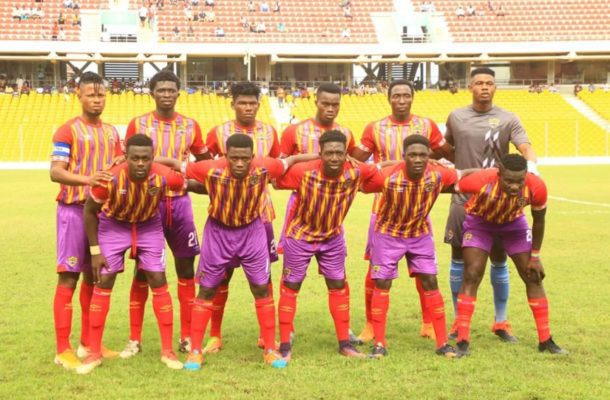 A second-half strike by Ibrahim Salifu was enough for Hearts to defeat Bechem United 1-0 at the Nana Fosu Gyeabour Park in Bechem.

It was the first loss recorded by the Hunters at home with Hearts claiming all the three points and moving to second on the league table just a point behind leaders Kotoko who would play on Thursday.

WAFA recorded a shocking away win when they came back from a goal down to beat Medeama SC 2-1 in Tarkwa.

Dreams cruised past struggling King Faisal 3-0 at the Theatre of Dreams in Dawu, while Berekum Chelsea returned to winning ways after recording a resounding 3-1 victory against Ashantigold making up for their 1-0 loss against Aduana Stars last week.

Elmina Sharks couldn’t capitalize on home advantage as they were held to 1-1 draw by Karela United with Inter Allies also secured a crucial point away at Eleven Wonders in a fascinating 1-1 draw.

Below are some results of week 24: