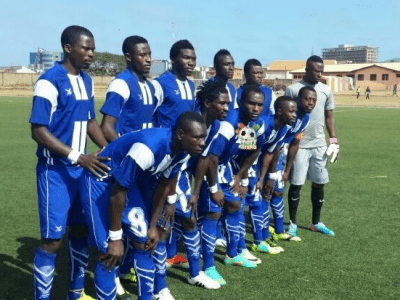 Berekum Chelsea recorded an emphatic 5-0 victory against King Faisal in a match-week 28 encounter of the 2020/21 Ghana Premier League.

Abdul Bassit scored a brace for the boys in Blue while Kofi Owusu, Paul Attah Ageyi, Bright Amponsah scored a goal each to ensure maximum points for the home side.

The three points for Berekum Chelsea moved them into 11th position on the league log three points adrift the relegation zone.

Berekum Chelsea scored three times in the first half with strikes from Basit, Amponsah and Owusu.

Paul Attah Agyei scored the fourth goal for Berekum Chelsea in the 70th minute while Basit added his second of the day to ensure a resounding victory for the home side.