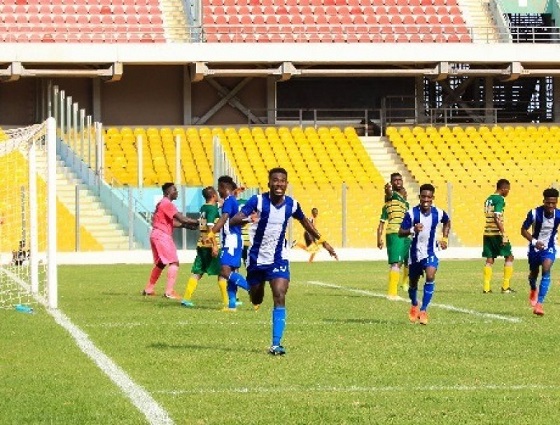 Accra Great Olympics secured top spot at the start of the second round after defeating Medeama SC 1-0 at the Accra Sports Stadium last Friday.

Samuel Abbey Ashie Quaye’s solitary strike was enough to secure the spoils for the Wonder Club who stretched their unbeaten home run to five.

Kumasi Asante Kotoko had to share the points with Eleven Wonders same as they did in the first round.

Hearts recorded a comfortable 2-0 victory against Aduana Stars who have been tough opponents for the Phobians at the Accra Sports Stadium.

Victor Aidoo scored from the penalty spot in the first half while an own goal by Hafiz Adams in the late stages of the game ensured three points for the Phobians who are now third on the league log.

AshantiGold SC recorded a crucial point away at Karela United who have been ruthless on home turf while King Faisal were also held at home by West African Football Academy (WAFA).

Below are the full results of week 18: