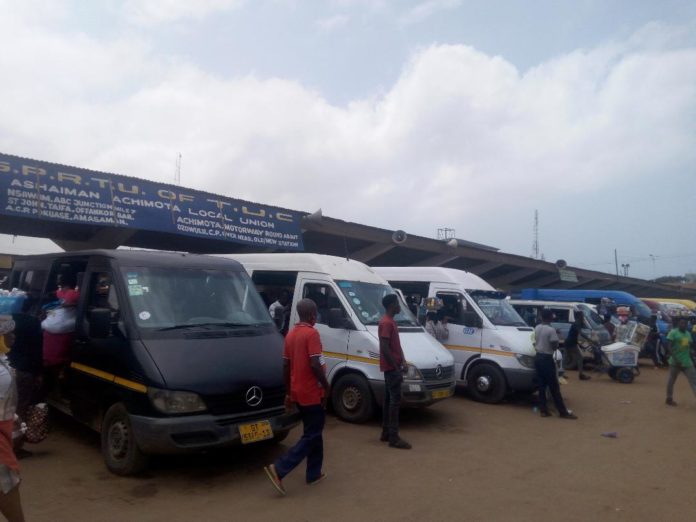 Mr Kwesi Ansah, Chairman of the Western Regional Branch of the Ghana Private Road Transport Union (GPRTU), has urged passengers to be prepared for at least a 20% increment in transport fares.

Their decision comes after stakeholder consultation on the various increment in petroleum products and other taxes for some time now.

The Union Chairman, told the GNA that since the emergence of COVID-19, drivers had been prevented from increasing the price of their fares though the price of spare parts and other vehicular expenditures continued to soar.

According to Him, the tax component on fuel per the 2021 Budget needed to be factored, that is the thirty Pesewa spike in petroleum products which was also expected to have reflected in May 1, 2021.

He said they were therefore pushing for a 30 per cent increase in fuel prices since fuel prices had increased from GHc 4.25p to GHc 6.13p per litre which is almost 50 per cent.

In a related development, a group known as the Concerned Drivers Association also indicated that they were going to increase transport fares by 40 per cent, despite the position of the GPRTU.

According to them, they have resolved to increase the fares holds, despite the government’s announcement of a reduction in the price of fuel by eight pesewas per litre.

Meanwhile, checks by the Ghana News Agency at the various lorry stations in the Sekondi-Takoradi Metropolis (STMA) and the Effia-Kwesimintsim Municipality (EKMA) revealed no increment in the fares yet.