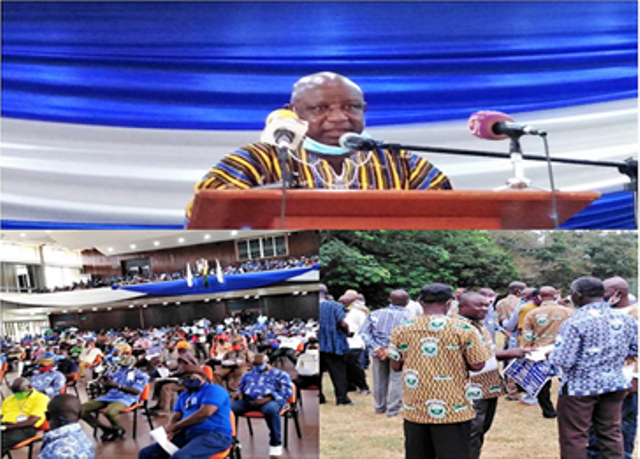 The leadership of the Ghana Private Road Transport Union (GPRTU), the largest transport union in the country, has asked drivers to ensure strict adherence to the COVID-19 safety protocols, outlined by the govern

“It is the responsibility of drivers to respect and fully comply with all the protocols.“Likewise, they should make sure passengers also do the same to stem the spread of the disease,” Mr. Godfred Agulbire, Secretary of the GPRTU Interim Management Committee (IMC), stated.

Addressing the opening session of the 10th quadrennial delegates’ conference of the Union in Kumasi, he said stakeholders in the transport sector had suffered a lot as a result of the pandemic.

“It has been a difficult moment, but we are managing to sail through,” Mr Agulbire remarked. The delegates’ conference is the highest decision-making body of the Union, and this year’s event brought together about five hundred delegates nationwide.

Issues related to the welfare of members, government policies and programmes affecting the transport sector and election of new national officers, formed part of this year’s programme.

Mr. Agulbire entreated drivers to be careful on the road, noting that restrictions imposed on the transport sector due to the pandemic, had helped to reduce the incidence of road crashes to the barest minimum.

“Our observation is that road accidents recorded in the first eight months of year 2020 is significantly lower as compared to 2019,” he hinted.

The development, he said, could be attributed to the restrictions, especially the partial lockdown imposed by the government, which decreased the number of vehicles plying the road.

Mr. Agulbire called for unity amongst members of the GPRTU as they sought to build a vibrant Union to champion the cause of drivers.