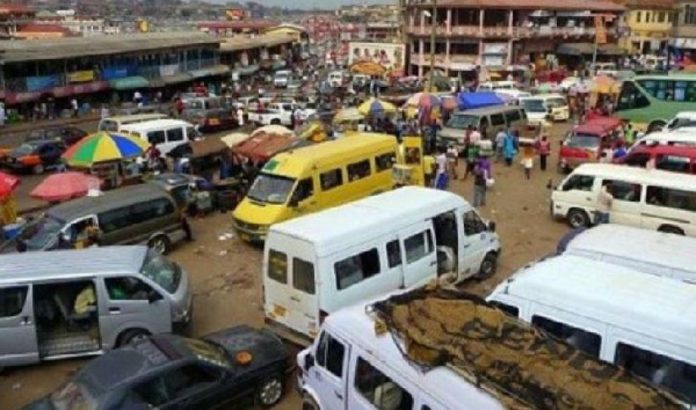 The Ghana Private Road Transport Union (GPRTU) has commended Government for abolishing tolls on all public roads and bridges.

It said the abolishment would significantly reduce the huge vehicular traffic on highways and enhance effective public transport system.

Mr Godfred Abulbire, General Secretary of the GPRTU, in an interview with the Ghana News Agency, described as worrying the traffic situation in the national capital arising out of congestions at toll booths and praised Government highly for the foresight.

The General Secretary noted that the depression of roads that lead to toll booths was because of the trapping of carriage trucks in long traffic causing damage to the road, saying, “we are in support of this.”

He said with the removal of the booths, drivers could also save some litres of fuel and said it was a real-time solution to “wastage on the road.”

“When you are in a queue to pay the GHC1 at the toll booth, the fuel wasted is higher. Also, we had earlier made Government aware that so much revenue was being lost through leakages at the toll booths and even when the monies are even collected, areas where the monies should be used in terms of road maintenance and upgrades are not done,” he stated.

Some commercial drivers also expressed joy for the removal of the toll booths and said it was a dream come true.

Yaw Amponsah, a ‘trotro’ driver in Accra said the removal would make driving “smooth and sweet.”

Kwabena Yeboah, an intercity driver, said what was left was the removal of “killer speed bumps.”

Mr Ken Ofori-Atta, Minister of Finance, during the presentation of the 2022 Budget Statement to Parliament on Wednesday, announced Government’s decision to remove toll booths on all public roads and beidges.

He said the decision was to improve productivity, reduce heavy traffic and environmental pollution, explaining that the tolling points had become unhealthy market centres, which lengthened travel time and impacted negatively on productivity.