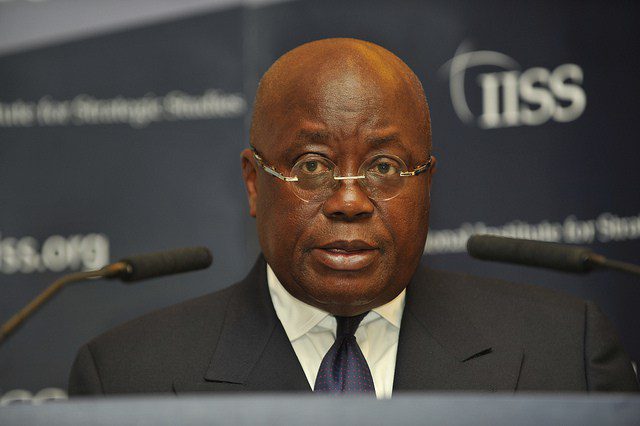 It came on the heels of Mr. Mahama Ayariga’s rather below-the-belt shameless accusation that during his recent commissioning of the start of work on the 400 Mega-Watt Tema-based LPG Bridge Power Plant, President Addo Dankwa Akufo-Addo had deliberately and ungratefully neglected to acknowledge the contractual contribution of his immediate predecessor to the project, to wit, former President John Dramani Mahama. So none of my regular and avid readers ought to be surprised that when the most recent power outage occurred throughout the country, I was verging closely towards a conspiracy theory. It ought not to surprise any of my readers because strategic sabotage is what the disgruntled and disconsolately sulking apparatchiks of the main opposition National Democratic Congress (NDC) do best.

Well, on the question of whether, indeed, Nana Akufo-Addo had deliberately neglected to mention the name of his much younger immediate predecessor, I had to promptly remind Mr. Ayariga, the former Minister for the Environment, Science, Technology and Special Projects, that the then-President Mahama had done even worse to his more diplomatically mature and astute predecessor, namely, former President John Agyekum-Kufuor, when the former Atta-Mills’ arch-lieutenant inaugurated the $600 million Chinese government-sponsored Bui Dam Power Plant, the second-largest hydroelectricity generator in the country, after the Nkrumah-constructed Akosombo Dam, or the globally renowned Volta River Project.
Then, I also promptly suggested to Mr. Ayariga that maybe he might do himself and his political and ideological ilk great good by investigating to find out the sort of contractual renegotiation that likely took place between the relevant leaders of the Akufo-Addo Administration and the Bridge Power Plant contractor. The fact of the matter is that President Akufo-Addo and his cabinet appointees have had to renegotiate the overwhelming bulk of the largely politically motivated and amateurishly negotiated energy-supply agreements executed by key operatives of the Mahama/Amissah-Arthur regime. Then on Wednesday, last, came the news that no staunch supporter and/or sympathizer of the ruling New Patriotic Party (NPP) wanted to hear: the entire country had been plunged into Stygian darkness, in classical Shakespearean parlance.

Some media headlines even appeared to gloat over the apparent return of Dumsor, which would automatically have rendered the current administration no significantly better than the previous one. It would have also afforded much capital to infamous NDC child molesters like Mr. Mohammed Mubarak Muntaka, who have been curiously jockeying for their party’s presidential-election ticket in the lead-up to Election 2020, appear to have a fighting chance. Well, I call Mr. Mubarak Muntaka a “child molester” because he is widely known to have statutorily raped and impregnated a 14 or 15-year-old girl-woman in his Kumasi-Asewase NDC constituency.

Some even claim the woman to have been below 14 years old. But what is even more disgusting is that the NDC’s Parliamentary Chief Whip is known to have once seized the august floor of the House to fervidly and desperately advocate for the nubile age of Ghanaian women to be significantly lowered for the coital pleasure of sexual predators like himself. That alone should tell the critically thinking reader how abysmally low the moral standards of the leadership of our country have presently fallen. I mean, when a clinically impudent plagiarist like Mr. Haruna Iddrisu begins to spoil for the presidency, you can be quite certain that something has gone terribly awry with the moral fabric of Ghanaian society.

Well, the good news here is that within 48 hours – actually 24 hours – of the plunging of the country into total darkness, at least 85-percent of power had been restored, according to Mr. William Boateng, the Communications Director of the Electricity Company of Ghana (ECG). Which is all well and good, because it delectably hints at the fact of Akufo-Addo’s Ghana’s being healthily on the verge of being vaulted into the enviable status of an upper-level middle-income economy, “God willing,” he would have promptly added, were the President to have been directly interviewed by yours truly for this piece (See “85 Percent of Country’s Power Restored After Nationwide Blackout” Graphic.com / Ghanaweb.com 5/4/17).

Ghanaian Parliament to probe BoG and GSE over collapsed banks