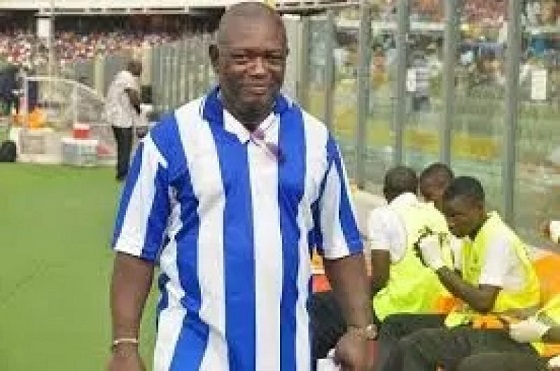 The Disciplinary Committee of the Ghana Football Association (GFA) has handed Mr. Olloboi Commodore a one-match ban and a fine of GHC2,000.

This follows an interview he granted to an Accra based radio station Happy FM where he said ‘if not for dubious officiating they (referring to Accra Hearts of Oak SC) wouldn’t be where they are now”.

According to the GFA, the comment was deemed to be ungentlemanly and likely to bring the game into disrepute adding that the comments made against the match officials were without proof.

Mr. Commodore in his written statement of defence pleaded guilty to the charge.

He has also been asked to within three days use the same medium, to apologise to the Referees of the GFA and the entire Association, failing which he shall serve a further six months-ban.

Mr. Commodore has also been warned that any future misconduct shall receive a more severe punishment.

GFA urges calm as the betPawa GPL is put on hold