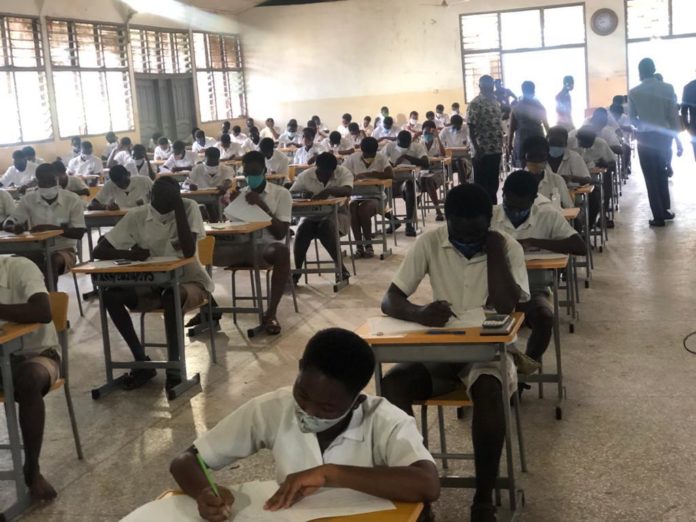 Interacting with the candidates, Mr Ashitey said his visit was to acquaint himself with the happenings of the on-going WASSCE and to encourage the students to repose a lot of confidence in what they had learned.

The success of their examination, he said, depended on their input and conduct at the examination, hence, urged them to equip themselves well to score high marks.

The Minister, however, commended the candidates for adhering to the COVID-19 safety protocols.

In both schools, all the candidates were smartly dressed and in their face masks.

Madam Ankrah also praised the candidates for the orderly manner in which they conducted themselves from the beginning of the exam.

She told them not to depend on any question leakages that would encourage them to neglect their studies.

Madam Adjabeng, on her part, entreated the candidates to put in their maximum best to emerge with flying colours, and expressed satisfaction about the measures put in place to ensure a successful examination.

Mr Charles Obeng Asante, the Public Relations Officer of the Municipal GES Directorate, said out of 771 candidates presented by WASS, 427 of them were males with 344 were females.

The PRESEC, on the other hand, presented 972 candidates.

The Regional Minister early on made a similar visit to the Adentan-Fafraha Community Day Senior High School.