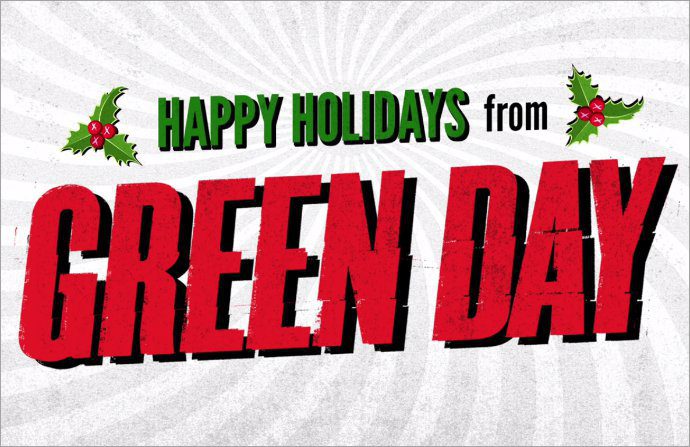 Looking for a punk rock song that will suit the spirit of Christmas? Here’s the answer. Green Day has dropped a brand new song titled “Xmas Time of the Year”, just in time for the festivity. “Happy Holidays from Green Day,” so read a post on the band’s Twitter which included the audio of the song.

“Seasons greeting cards and Christmas/ Let’s light up the city/ At the end of the year,” Billie Joe Armstrong sings on the track. “Sleigh bells/ deck the halls with good will/ Say a prayer for lost souls/ Christmas time of the year.”

The vocalist penned the lyrics of “Xmas Time of the Year”. This marks the band’s first new song in over a year since “State of Shock”, an unreleased cut on their “Demolicious” Record Store Day 2014 release.

The band has been busy working on documentary “Heart Like a Hand Grenade” about the recording process of 2004’s “American Idiot”. Producer Rob Cavallo revealed back in April that he had heard “five new songs that [frontman Billie Joe Armstrong] has written and demoed.”

“Let me tell you, they were just fantastic,” gushed Cavallo. “He is absolutely at the top of his game. Fans can be sure that when they do return, the music will be amazing.” It’s still unknown when Green Day will release their new album.