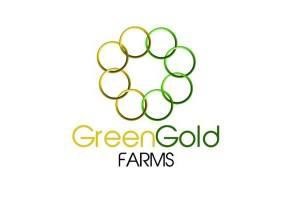 Green Gold Farms, Ghana, a Non-Governmental Organization has acquired over 10,000 hectares of land across the country to cultivate organic soya beans, cowpea and yellow maize to create job opportunities for the youth in the country.

The organization that is into mechanized farming has employed over 500 youth to produce organic cereals in excess.

The farms are located at Akropong and Okrakojo in the Eastern Region and Zakpalsi and Sekpe inn the Northern Region.

Speaking to the Ghana News Agency.

In an interview with the Ghana News Agency, the Founder and Chief Executive Officer (CEO), Green Gold Farms Ghana, Mr George Boakye Sarpong, envisioned a growing movement within the country to make agriculture a gateway to economic growth.

“My question has always been, in a country, where there is so much rich, fertile, arable land and abled bodies, why do we need to import so much food? Why can’t we produce it ourselves and create jobs?” he stated.

Madam Christabel Dadzie, the Senior Social Protection Specialist of the World Bank, who emphasized the traditional challenges of the youth and female unemployment in the country adding that it could be solved through farming.

She stated that women had a challenge accessing jobs saying that youth unemployment and underemployment were high in the country and called for government interventions.

She said with over 250,000 young people who enter the job market each year, just about two per cennt or 5,000 find work in the formal sector which she said was nothing good to write home about.

She believed agriculture could play a major role in addressing the unemployment problem in the country and indicated that, studies conducted at the World Bank showed agribusiness was one of the highest job multipliers of any industry in the private sector in the country.

Mr Kwame Marfo, the Chief Finance Officer of the Organization, also disclosed how the company had plans of using re-generative agriculture to boost socio, political and economic growth.

He explained that the company would focus on improving soil health with practices such as avoiding the use of mineral fertilizers, synthetic pesticides and herbicides.

Green Gold Farms, Ghana made tremendous strides on its journey.

After two years of research and development, it officially began operations in March 2020 during the first week of the global lockdown.

The organization is hoping to compete favorably with the world and generate wide social, political and economic benefits to be able to feed the country.