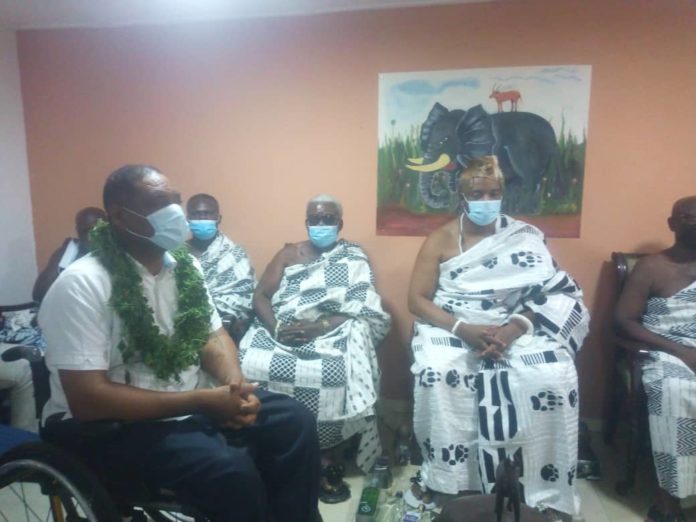 The Ga Mantse in welcoming Mr. Greenstreet stated that he is home just like he earlier on stated how Dr. Nkrumah stood for Odododiodio which signifies the connection of CPP to the area.

He said the Flagbearer and his entourage were at the right place as they have called on the Ga Stool. 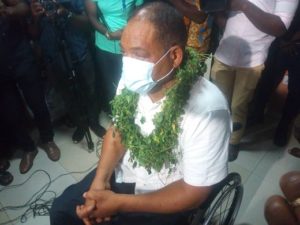 The CPP Flagbearer on his part said it’s prudent he first seeks the blessings of the King as he goes on seeking the votes of the people in the region.

The Flagbearer said Dr. Nkrumah brought progress not only to the Ga land after winning Obetsebi Lamptey at Odododiodio but for the entirety of Ghana.

He said Dr. Nkrumah brought truth and progress for the people of Ghana during his leadership.

“So, if I say, I want to do some activities in your jurisdiction, I have to come and show our respect to you. To ask for your blessings, directions, and support,” he stated.

The Convention People’s Party, we are a party of peace,” he stated.

He expressed worry about the needless heightened tension that has been witnessed recently not only in the Odododiodio area but the whole of Accra.

“As we approach December 7th, we will not participate in anything that represents darkness and takes us away from light,” he added.

Mr. Greenstreet said he knows that with his authority as Ga Mantse he will ensure that Ghana sees peace.

He said the CPP is the best party to lead Ghana in the impending election “because it is a battle or ideas, leadership and the battle of who can best lead for the great progress of this nation.”

Ga Mantse to establish a Soccer Centre of Excellence

Management Of Primeval Media Calls On The Ga Mantse