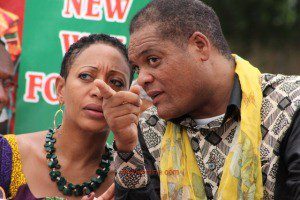 The flagbearer argued the various policies being implemented by the ruling National Democratic Congress (NDC) are only worsening the issues, and there must be a great deal of effort to arrest the national crisis.

Speaking at the Institute of Economic Affairs (IEA) Evening Encounter with Presidential Candidates on Tuesday ahead of the 2016 general elections, Greenstreet said: “The youth employment scheme mainly play with the problem and provides little solution. We need programmes that compel all hands to be on deck.”

The CPP leader noted the government must be more proactive in the area of job creation since that is one of the critical ways of dealing with the economic crisis bedevilling the young oil-producing West African nation.

He added: “We are not producing enough and that’s why our currency and economy is in crisis. We must create jobs and we the CPP believes it is possible to change the structure of our economy.”

Greenstreet noted 24 years of the same “economic policies” of NDC and the New Patriotic Party (NPP) have “landed us here”. He stressed that “they believe in inflation targeting, but we shall focus on economic growth and job creation. We are not in favour of more austerity which causes retrenchment and increases in utility bills” which aggravate the sufferings of Ghanaians.

He noted: “We’ll abrogate any EPA [Economic Partnership Agreements] signed unilaterally with the EU [European Union]… they are more impositions than agreement.”

He noted that Ghana is “safer and stronger” by signing agreements with its neighbours such as Nigeria than falling solely on the Western world.