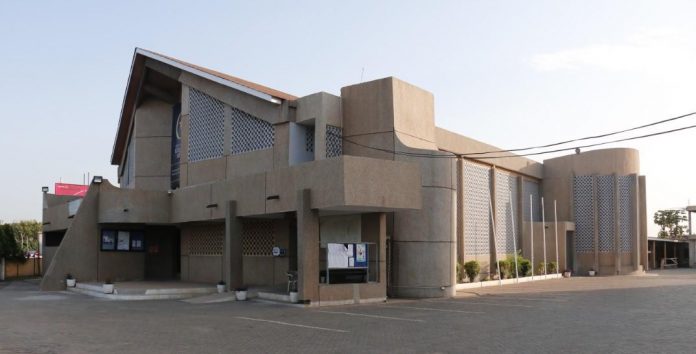 The Greenwich Meridian a global geographical monument in 2014 was decorated with a magnificent edifice named “The Meridian Rock” at the Tema Port in Ghana.

On the platform of Meridian Port Services Limited (MPS) a giant rock portraying the line of the Greenwich Meridian, the World’s prime meridian for Longitude and Time was erected in Ghana as a symbol for global attraction.

Geological and topographical analyst asserted that in 1884 the Greenwich Meridian was established by agreement as the line of zero longitude forming the bases for navigation and time keeping throughout the world.

Ghana blessed with many natural monuments also become the centre of the global community as the Greenwich Meridian passes through the country at Tema, the industrial city of Ghana.

Greenwich Meridian became a tourism attraction centre in the past but with time the attraction stopped due to poor marketing culture. “You must keep the heat on to attract tourists.

“Your attraction site must be modernised while retaining the traditional landmarks,” a tourism enthusiast told the Ghana News Agency at Tema.

Ghana Tourism Authority (GTA) have moved out to join forces with the Presbyterian Church of Ghana in Tema Community One, which is seating right on the Meridian Line to add an aesthetic value to the Greenwich Meridian.

The Reverend Ebenezer Akrong, the District Minister of Tema Community one Presbyterian Church, told the Ghana News Agency at Tema that, the Meridian Presbyterian Church has served as a point for recognition for the Church as tourists, historians, geologists and students of geography study about the Church on the Greenwich Meridian line.

The GNA-Tema Regional Office has embarked on a project dubbed, “tracking of development projects” in districts under the jurisdiction as part of efforts to enhance accountability and deepen grassroots participation in local government.

The GNA-Tema project seeks to improve policy management and decision making system in the districts, to ensure that policy analysis processes, impacts and the feedback systems necessary for effective executive decision making are adhered to.

As part of the tracking of development projects, GNA-Tema interview Rev. Akrong on the state of the Greenwich Meridian Monument, based on which he said that many of the people who came to view the site also stood on the line to pray, believing that once it was located at the centre of the world, it means they are closer to God’s heart and trust that their prayers would be answered.

He said the church was working hand-in-hand to develop the Greenwich Meridian Prayer Centre for the religious fraternity to rekindles peoples’ spiritual faith with the essence of praying from the middle of the earth to the maker.

Rev. Akrong explained that, in collaboration with the Ghana Tourism Authority, the centre would be developed and enhanced to attract global attention once again.

According to Mr Charles Buabin, the Tema Regional Director for Ghana Tourism Authority, the Meridian Rock, which attracted a lot of visitors, had been removed due to the port expansion.

“The rock was consumed in the works, so the closest sight now is the Greenwich Meridian line,” he said; stressing that “we are working with the port authorities to relocate and plant the memorial rock again”.

Mr Buabin said “we have initiated the project to work with the Church to develop the Greenwich Meridian line which passes through the church, to serve as a religious tourism attraction point.

He said “we cannot say the thing is an attraction when everybody is watching it for free, there is no entrance fee, the people who go there are not made to pay anything though every tourist site is required to attract and generate income”.

He added that, GTA has decided to team up with the Church to package the line in such a way that they can generate revenue.

Mr. Buabin added that GTA had begun nationwide registration of tourist sites and the Greenwich Meridian line had been duly registered as such, they were also getting the Church registered for World Bank funding for site improvement.

The funds would go into comfort facilities, food and beverage, tour guiding and among other facilities that would make the tourists feel comfortable.

According to geological analysis, the Greenwich Meridian runs from the North to the South Pole and separating the Eastern Hemisphere from the Western.

The Board of Directors, Management and Workers of Meridian Port Services Limited erected the memorial rock and it was unveiled by Former President John Dramani Mahama, on March 21, 2014.

The meridian line in Greenwich represents the Prime Meridian of the world, Longitude Zero (0° 0′ 0″). Every place on the Earth is measured in terms of its angle east or west from this line. Since 1884, the Prime Meridian has served as the reference point for Greenwich Mean Time (GMT).

As the reference for GMT, the Prime Meridian at Greenwich therefore became the centre of world time and the basis for the global system of time zones. … It was recommended that the meridian line would indicate 0° longitude.

Therefore this also became the start of the Universal Day. In terms of the distribution of accurate time into everyday life, it is one of the most important clocks ever made.

The first thing you notice about the clock is that it has 24 hours on its face rather than the usual 12. That means at 12 noon the hour hand is pointing straight down rather than straight up.

It continues to show Greenwich Mean Time and is not adjusted for British Summer Time.

Instability in Somalia Continues Despite Years of Western Interventions