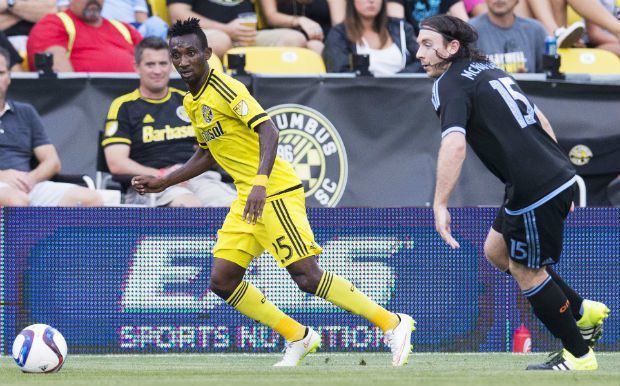 The 29-year-old had to wait for three weeks after sealing his move on a free transfer to play his first official match.

Afful was handed a starting role but was replaced after an hour.

Berhalter admitted Afful was lacked the requisite match fitness but had some positives.

He said: ?It?s tough for guys. We?re in full swing and he?s been off for a while and I think he hung in there. It?s not an easy job but he battled.

?Yeah, he made a couple of mistakes but he also had a lot of positive things. He showed some ability. Overall, I?m happy with him.?