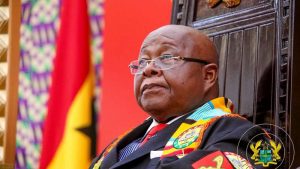 A group calling itself the Concerned Youth of Bawku is calling for a speedy pronouncement from the Speaker of Parliament Prof Aaron Mike Ocquaye on the fate of the Bawku central legislator, Mahama Ayariga.

The MP was charged with contempt after a committee found his allegations of bribery against Parliaments Appointment Committee, untrue.

The Speaker last week held his ruling after the embattled MP failed to give an unconditional apology to purge himself of contempt.

But spokesperson of the group Faisal Ayinde complains that the Bawku constituency is thrown in a state of anxiety with hospitals recording increased incidents of high blood pressure.

Speaking to Ultimate News; he beckoned that the speaker declares his stance to ease the tension in the constituency.

‘Some of the constituents have developed blood pressure because of this issue, we are calling on the Speaker to come out with his verdict,’ he appealed.