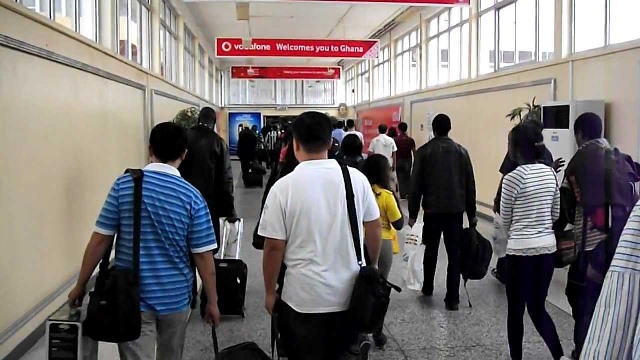 More than 800 South Africans are in prisons across the world for visa-related violations, drug-related charges as well as various other offenses, the government said on Wednesday.

As the festive season is approaching, the government is concerned about South Africans being arrested or detained across the world as a result of these offences, Minister of International Relations and Cooperation Lindiwe Sisulu said in a statement.

Of the more than 800 South Africans who are in prisons across the world, around 21 percent of them are in South America detained for drug-related charges, according to Sisulu.

A case in point is South African citizen Coetzee Tyron Lee who was sentenced to death in Ho Chi Minh City by Vietnamese lawmakers earlier this year after he was found guilty of trafficking about 1.5 kg of cocaine into the country.

It is believed that Lee travelled from South Africa to Brazil, where he received a black backpack. He then transited to Dubai before making it to Vietnam on June 9, 2016.

Some other South Africans were arrested for illegally working in foreign countries, the minister said.

Sisulu called on traveling South Africans to register with the Department of International Relations and Cooperation (DIRCO) or with the South African diplomatic missions abroad and ensure that they have the right traveling documents.

“It is very disconcerting that many South Africans are being arrested or detained abroad. We call on South Africans to make sure that they have the right traveling documents and correct visas where applicable,” Sisulu said.

The minister assured that South African foreign missions can offer consular assistance to those detained, but this does not mean that her department can get South African citizens out of detention and neither can the department intervene in the judicial process in foreign countries.

The minister added that she has tasked DIRCO Director-General Kgabo Mahoai to ensure that all South Africans who are arrested across the world receive consular assistance and that DIRCO’s Consular Services Division as well as South Africa’s diplomatic missions abroad make every effort to keep in touch with affected South Africans and their families. Enditem