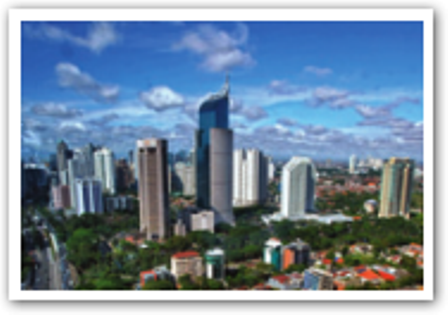 Growth in housing?prices?in Indonesia is expected to slow in 2014 as stricter?mortgage rules?take effect, although some segments are still predicted to perform strongly.

In January, Eddy Hussy, the head of Indonesian Real Estate, a housing?developers association, told the media he expected property prices to rise 10% in 2014, compared to an average of 15-17% in recent years.

Hussy attributed the shift to?government policies?rolled out last year, specifically the lowering of the maximum loan-to-value (LTV) ratio for mortgages used to purchase additional homes, as well as the introduction of a new rule that prohibits banks from providing loans for unfinished residential projects, blocking off-plan sales?for those without the cash to pay upfront. The LTV ratio cap was set at 60% for second homes, and 50% for any additional properties.

The regulations were an effort to slow growth in?housing credit, which expanded rapidly throughout the first half of 2013. Data issued last July by Bank Indonesia (BI), the central bank, showed that outstanding mortgages on apartments measuring 22-70 sq metres surged 57.2% year-on-year.

The?tightening?of the?market?came as some analysts were worried a?real estate bubble?was forming, although Indonesia?s property prices are comparatively inexpensive by regional standards, even after a period of sustained increases.

In an interview with OBG, Santoso Gunara, the president commissioner of Danayasa Arthatama, alocal real estate?firm, made a similar point about regional comparisons, noting that prices in Jakarta are still well below those found in Malaysia and Singapore. He added that an acute correction in the market was unlikely.

?The term ?bubble? would imply a sharp drop in prices, but I do not?see?this happening in Indonesia. When you look at the growth of Jakarta?s population combined with the limited supply of property, it becomes almost impossible to consider this bubble-burst scenario,? he said.

While the central?bank?s policies are expected to have an impact, the very top end of the market may be more immune to the?new rules, according to Knight Frank. In a recent report, the?property consultancy?said prices of luxury units in Jakarta, which grew 35% last year, would continue to rise this year due to the limited number of properties available.

?As of now there is a very limited supply. People don?t really build anymore in Jakarta; there is not enough land. Yet the demand for?luxury housing?is overwhelming and that makes the prices continue to soar,? Hasan Pamudji, Knight Frank Indonesia?s associate director for consultancy and research, told the local press in mid-February.

According to Hasan, any efforts to?cool?the market through restrictions on loans would have a muted effect because people buying luxury housing in Jakarta typically pay in cash.

Nonetheless, the central bank?s restrictions are likely to pinch when it comes to speculators whoborrow?heavily to finance their purchases, as well as ordinary families looking to purchase up, either in the mid- or upper-ranges of the market. For these buyers, the regulations, plus BI?s interest rate hikes over the past eight months, are likely to give them some pause.

The upcoming elections could also put a damper on the market, with uncertainty about the new government?s stance on property development. When combined with an expected slowdown in economic growth ? GDP is forecast to increase by 5.5%-5.8% in 2014, its slowest rate since 2009 ? the real estate market in Indonesia may well be set for more moderate expansion this year.