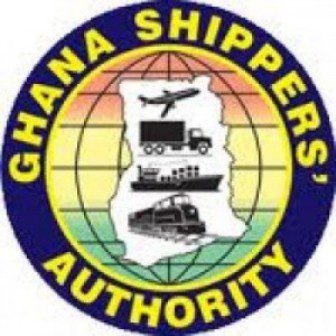 The Ghana Shippers? Authority (GSA) is to hold the 10th maritime Law Seminar for Judges of the Superior Courts in Accra on October 16 and October 17.

The seminar is to build the requisite judicial capacity that would imbue the Justices with the needed expert knowledge and skills.

The training would also equip the judges to determine maritime cases as well as other trade related transactions fairly, impartially and in a more fashion when they are laid before them for adjudication.

In an interview with Ghana News Agency, Dr Kofi Mbiah, GSA Chief Executive Officer explained that the training which forms parts of activities earmarked for the 40th anniversary celebration of the Authority would offer the judges the opportunity to understand recent developments with respect to maritime laws both locally and internationally.

The GSA, in collaboration with Ministry of Transport and the Judicial Training Institute seeks to use the seminar as a platform to enhance the decisions of judges and help create bedrock of precedents upon which the maritime jurisprudence would anchor.

It would foster a strong partnership between the judiciary and the maritime industry with a view to utilise the maritime arbitration in the resolution of maritime disputes.

Dr Mbiah said GSA would continue to update the knowledge of the Chief Justice and Lordships to enable them apply the appropriate international regulations and laws when adjudicating maritime disputes.

Some of the areas to be covered are international law of marine collisions, adopting the Alternative Dispute Resolution in the settlement of international maritime trade and transport disputes, the law of towage and pilotage and the Rotterdam rule- a new international conversion.

Dr Mbiah said increased cargo volumes passing through the ports which, has hit more than 20 million marks, explaining that expansion in the various fields of commercial endeavour would monumentally task the judiciary in the coming years.

He said the new oil fields, the gas development, the challenges of maritime boundary delimitation, piracy and maritime security would open up new fields of legal and judicial enterprise with its attendant legal challenges that the judges would have to respond to.

He said GSA would continue to work with other stakeholders including the judiciary to ensure that Ghana maintains a competitive position in the West Africa sub-region with regard to international trade.

?Ghana must also develop a strong and knowledgeable judiciary that will make it an attractive forum for the settlement of maritime disputes in the trade involving West Africa,? he noted.

Dr Mbiah said averred that as Judges position themselves to meet the challenges, it would be imperative to broaden the judicial horizon.

He said Judges must increasingly advise on settlement of disputes through alternative dispute resolution methods including conciliation, mediation and arbitration, not to mention out of court settlements.

Huawei Files Lawsuit Against Sweden in International Court of Arbitration

Embrace ADR as an alternative to court litigation – Judge