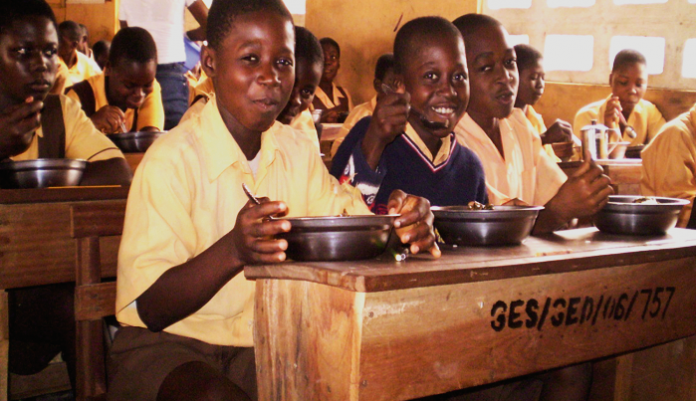 The move formed part of a broader vision aimed at providing schools in some of the most deprived communities in the constituency with one hot nutritious meal, prepared from locally grown foodstuffs, on every school going day.

Speaking at the launch of the Assin Adubiase Methodist School Speech and Prize giving day, Rev Fordjour said the Ghana School Feeding Programme (GSFP) has proven to be an effective strategy for increasing enrolment, attendance, retention and even performance of school children in deprived communities.

He said in spite of Government’s resolve to expand the programme, there were still some urban poor communities in the area that were not covered by the programme and behooves on all well-meaning stakeholders to support the effort.

“I am committed to contributing to the reduction of hunger and malnutrition, improve health status of school children as well as support local farmers by the use of local food stuffs in order to maintain food security in communities in a more sustainable manner.”

He said the GSFP has the potential to reduce hunger, malnutrition and poverty and serve as the yardstick for measuring the attainment of the Sustainable Development Goals (SDGs).

The MP has also facilitated a number of scholarships and training programmes for more than 500 qualified students from the area to pursue further studies and training from the nation’s tertiary institutions.

The Assin Adubiase Methodist School, being the first to be established in the Central Province of the Gold Coast in 1906 has produced illustrious Ghanaians including Dr K. A Busia Former President of Ghana, Mr Kwaku Baako Senior, Justice Siaw, Supreme Court Judge and Nana Amankwa Tia, Former Benkumhene of Kumasi Bantema.

Rev Fordjour urged the students to study hard to enable them to take full advantage of Government’s free education policy.

He said plans were far advanced for the establishment of an oil processing factory as part of Government’s one district one factory policy.

Mr Bernard Yaw Afrai Amissah, Secretary of the school’s Parent-Teacher Associate (PTA) made an urgent appeal to the Government to step in and complete an Information Communication Technology for the school.