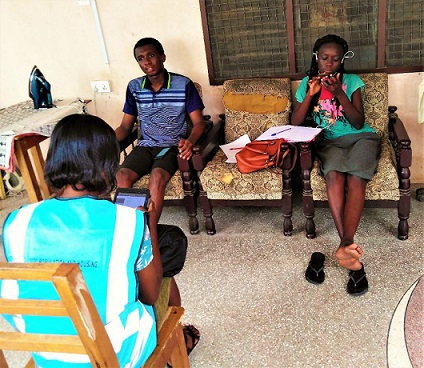 The Ghana Statistical Service (GSS) has devised a strategy to capture data on slums in the Ashanti Region to ensure a successful 2021 Population and Housing Census (PHC).

Mr Kobina Abaka Ansah, the Regional Statistician, said the authorities had already identified the various slums in the region, stressing that nobody would be left out in the impending census.

The GSS, since Sunday, June 13, had been conducting the listing of structures in the Region, as its field officers move around the various houses to take vital information concerning the households.

Mr Abaka Ansah, in an interview with the Ghana News Agency (GNA), said the listing of the structures was a prelude to the official take-off of the Census on Sunday, June 27.

In all, about six million people in the region had been targeted for counting, he said, and that the records captured would help in the socio-economic planning of the country.

“The population data is used to determine the number of people in a constituency and district, in terms of their elevation from municipal to metropolitan status,” Mr Abaka Ansah said.

It was also important in providing the basis for splitting bigger districts into smaller ones and carving new constituencies, while providing information on health, education, and sanitation among others.

The 2021 PHC is expected to provide important information to support evidence-based implementation of the national development agenda.

Additionally, it is to support the tracking of achievements of the Sustainable Development Goals (SDGs) and Agenda 2063 of the African Union.

The GSS says the country had been delineated into over 51,000 enumeration areas to facilitate complete coverage.

Ancillary geo-spatial data layers, including satellite imagery, and building footprints among others were used to validate and complement the Census mapping work, Mr Abaka Ansah said.