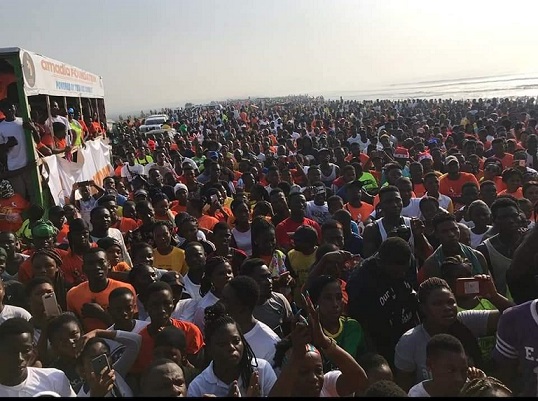 Findings from an upcoming report from the Ghana Statistical Service (GSS) reveals that 7.9 million persons aged six years and older in Ghana are illiterates.

This, it said, meant that they could not read and write with understanding.

This was contained in a statement issued by GSS as it shares census statistics on illiteracy as part of commemoration of World Literacy Day.

The statement said 4.6 million of the illiterates were females and 3.3 million males, indicating a female disadvantage that has been persistent over time.

It said Ghana had lower levels of adult literacy compared to lower middle income and sub-Saharan African countries after three years of the provisions on illiteracy captured in the Education Strategic Plan (ESP) 2018-2030.

It said an earlier report, the 2021 PHC General Report on Literacy and Education which presented data on literacy in English and local languages, current school attendance, and educational attainment disaggregated by sex, region and type of locality, was available to download from www.census2021.statsghana.gov.gh

Its vision is to be a trusted provider of statistical services for good governance and its mission, to lead the efficient production and management of quality official statistics based on international standards, using competent staff for evidence-based decision- making, in support of national development.

The statistics generated by GSS can be utilised by a wide cross-section of users, including the public sector, businesses, academia, civil society organisations and development partners.

Ghanaians charged to take responsibility of their health

USDT, The Life-saving alternative to Inflation for Ghanaians